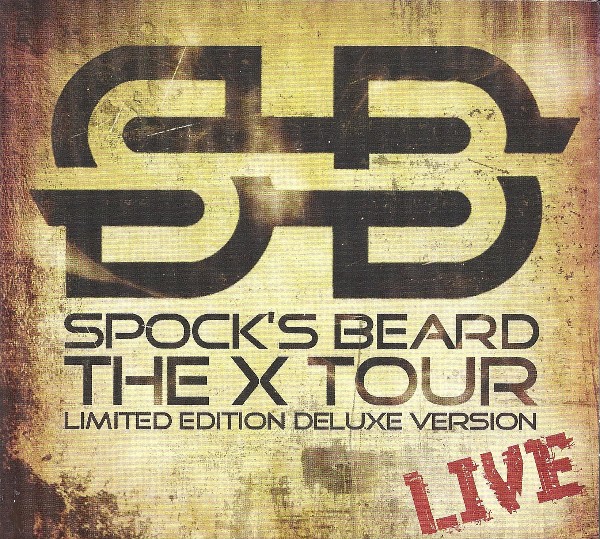 This set marks the end of an era for Spock's Beard. The tour in support of the 2010 album X was the last to include founding member, drummer, and singer Nick D'Virgilio. As with another notable prog band that had its drummer take over lead vocal duties, D'Virgilio gave "the Beard" bucketloads of talent and professionalism that will be missed. This outing (recorded at the Downey Theatre in SoCal) serves up fan favorites like "Thoughts" and "The Doorway," as well as the entire X album (a nice demonstration of confidence in new material for a group with ten albums to draw from). The entire group is firing on all cylinders, including Ryo Okumoto on keyboards, Dave Meros on bass, Alan Morse on guitar and live drummer Jimmy Keegan (now SB's permanent drummer). Okumoto flings chops around the hall on the instrumental "Kamikaze" while Meros shines on "The Quiet House," delivering the meaty and virtuosic bass lines he's known for. Alan Morse complements the keyboards via guitar work that is equally at home with textural backing and soaring melodic leads. Perhaps even more impressive than the instrumental fireworks Spock's Beard musters on stage is the group's command of multi-part vocal harmonies. I can't guarantee that some "sweetening" hasn't been applied in post-production, but the end result reinforces what has always been one of SB's trademark strengths. The sound quality on this set is solid, if a tad flat. The drums were sacrificed a bit to ensure everything else has clarity, but that's probably a worthwhile tradeoff. If the Nick D'Virgilio era is to be judged by this release alone then they have a document to be proud of. Note: This review pertains only to the audio portion of this release, which also includes a DVD with video of the same event.