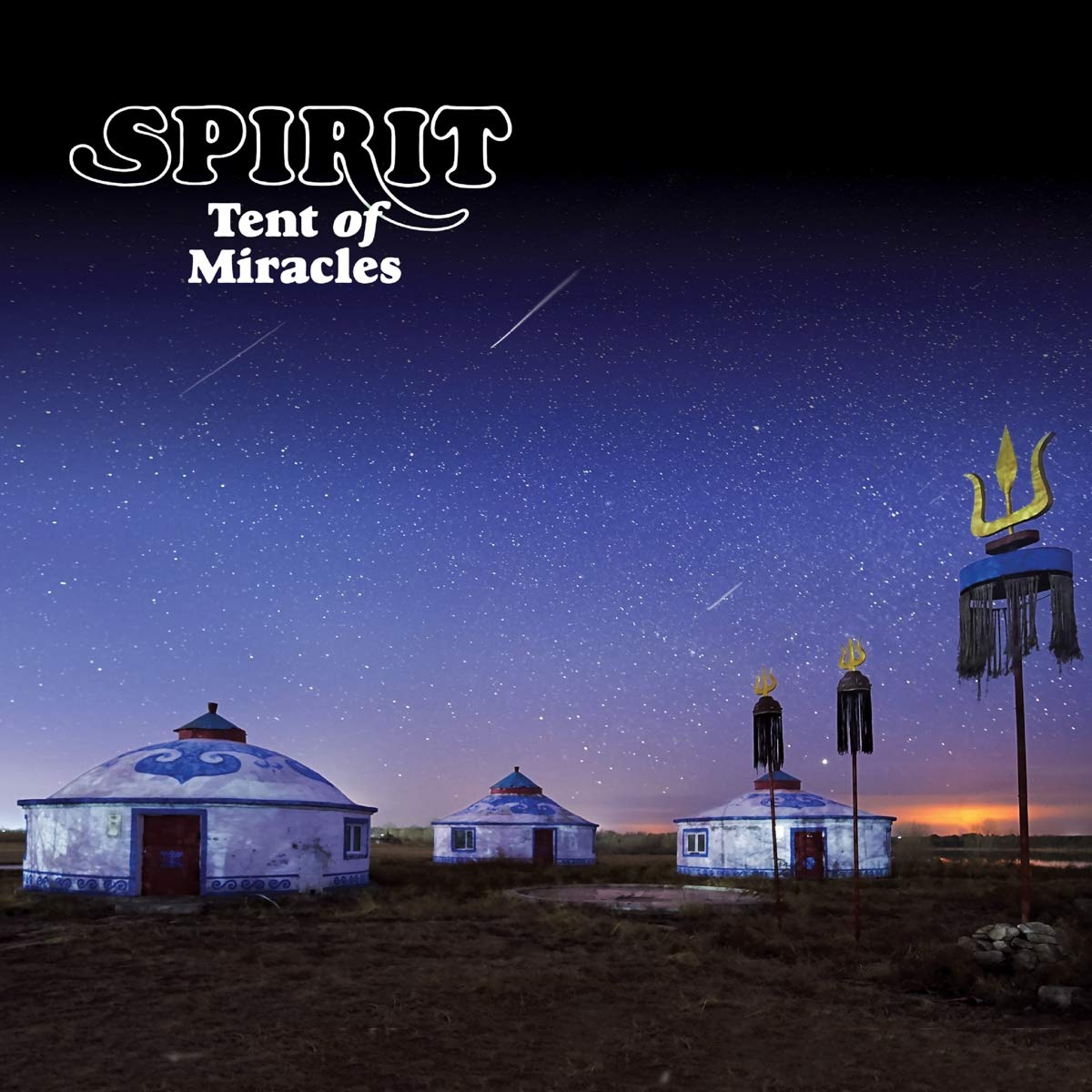 The year is 1990. It’s been nearly twenty years since the five-piece Spirit released their landmark album The Twelve Dreams of Dr. Sardonicus, and a good ten years since the band had any kind of major label deal – the one that produced a string of great albums for the three-piece version of the band in the mid-70s on Mercury, even though they were relegated to the lower reaches of the charts. A year earlier, the IRS label released their overproduced Rapture in the Chambers CD, but that was just a one-off that failed to return the band to the charts, and a year later it was back to self-financed releases and tours. Times were tough for the band that once rode the top five with “I Got a Line on You” and the aforementioned gold album, Sardonicus, but the wellspring of creative songs and solid musicianship was far from running dry. Tent of Miracles was released on the band’s own Dolphin label, featuring guitarist Randy California, drummer Ed Cassidy, and bassist Mike Nile, with all three contributing to the songwriting on the original twelve track album. Thirty years later, this two disc expanded edition features what is essentially the original album on disc one (although nine of the tracks are unedited or alternate mixes from the originals) along with nine previously unreleased session outtakes and live numbers from a live 1994 show in Park City, Utah. Standouts include California’s “Love from Here,” “Burning Love” and “Zandu,” Nile’s title track, “Old Black Magic” and “Ship of Fools,” Cassidy’s instrumental opener “Borderline,” as well as group penned numbers like the seven-minute “Stuttgart Says Goodbye” and “Imaginary Mask.” Among the bonus tracks are a cover of Mississippi Fred McDowell’s “Kokomo” and California’s “Covered Wagons,” plus alternate takes of a few others and a live version of the aforementioned “Borderline” recorded in Germany (at that time the band was still well received in England and throughout Europe). The second disc of the set contains a full concert recording from March 1990 at the Melkweg in Amsterdam, and features six numbers from the then-forthcoming Tent of Miracles album, two from Rapture..., and a number of band favorites, including “Like a Rolling Stone,” “Mr. Skin,” “Animal Zoo, “All the Same,” “Nature’s Way,” and more. This expanded edition features new full color artwork, many previously unseen photos, and a lengthy essay by Spirit archivist Mick Skidmore. Even for those who have the original version of the disc, the remixes and unedited versions presented here, as well as the bonus tracks and live set all make this 30th annniversary edition well worth owning.

This Music Is Deep, Very Deep