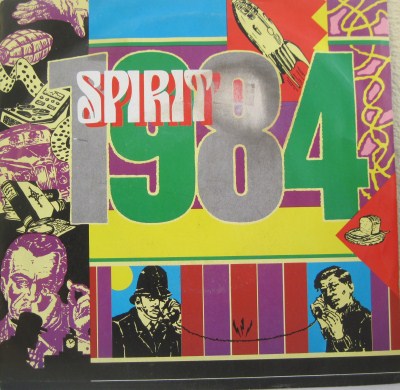 Be warned, this is not an authorized release — not even close. What we have here is (a) one track ("1984") recorded live in Bremen in 1969 (no further details...), (b) the entire original 1973 demo version of Potatoland, rejected by Epic (13 studio tracks in all) and (c) the better part of a live show from Boston, May 15, 1970 featuring live versions of the following tracks (regardless what the tray insert may say): "Fresh Garbage," "Jealous," "The Guitar Lesson," "It Shall Be," "Poor Richard," "Groundhog," "I'm Truckin'," "New Dope in Town," "Drum Solo," and "Mechanical World." While the legitimate release of the original Potatoland demos is long overdue (and implied therein is some cleanup and proper mastering), this boot is a satisfactory collector artifact, although the sound quality is no cleaner than tapes of the same demo that have been circulating for nearly 25 years. The live material from the "Boston Tea Party 1970" broadcast has also been around on cassette for about as long as one can remember, and sadly the versions here don't sound any closer to the original source recordings than what has circulated before. In the '69/'70 period numerous Spirit shows were recorded off soundboard to open reel, yet hardly any have surfaced as boots. What happened to all these tapes? Overall, this disc is recommended only to the hardcore Spirit fan who already has everything.

Marty Walker - Dancing on Water – Marty Walker has been a contributing member to the Cold Blue catalog for several years. Appearing as the label clarinetist he has added the occasional melodic interval here and there to recordings by...  (2005) » Read more