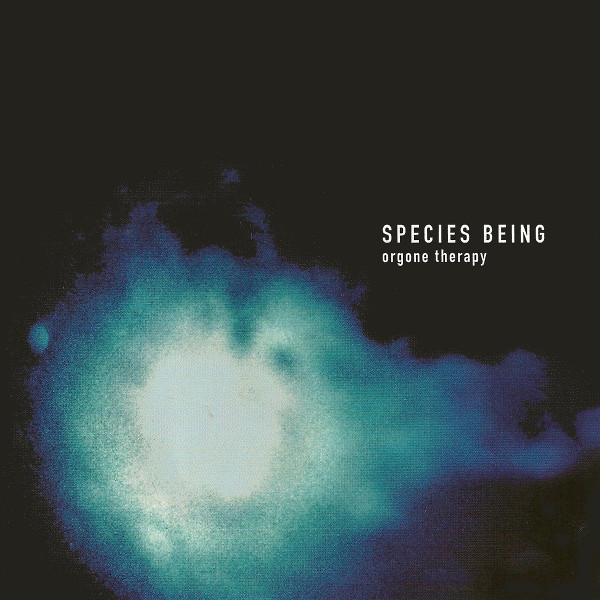 For those not yet tuned in to these guys, Species Being is a San Francisco based quartet led by drummer Frank Grau. The sound here, as on the debut release, Yonilicious, is a seemingly improvised set of spacy instrumental progressive rock, featuring a now stable lineup of g/b/k/d. The constantly shifting and evolving sound is driven by Grau’s ability to control the pace through skillfully managing the rhythm section, knowing when to play, when not to play, and how to shift gears without being obvious. The improvisationally based compositions have evolved and developed here more so than on the debut — the obvious result of a stable, gigging lineup that’s been playing semi-regularly around these parts for the last couple years. Another improvement is the ‘live’ recording techniques employed herein, as opposed to the overdubs of the first, the result being a far more cohesive and fine-tuned rapport evident between the musicians. If comparisons are necessary, they might be with current bands like Escapade or early Krautrock pioneers like Ash Ra Tempel, although Species Being are clearly doing their own thing, borne of the same spirit. There are five distinct pieces, ranging from six to 17 minutes, showcasing the band’s savvy for combining rock, space and experimentation. As improvised music tends to go, this is a particularly strong effort, being airborne about 95% of the time, effortlessly moving between poles of tension and release. No sophomore slump here, this one gets my highest recommendation.