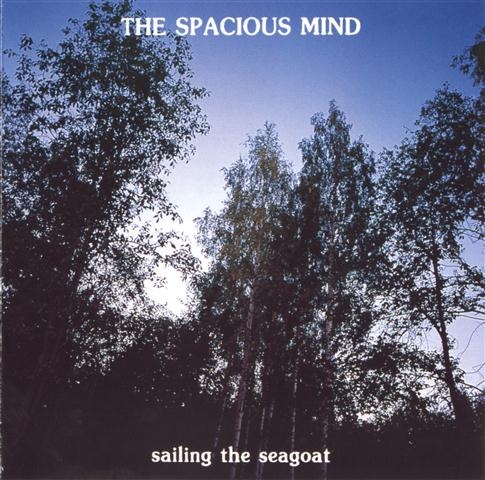 Here's an interesting concept. Take simple folk ideas, add a little psychedelic electronics and synth, add a few flute and bongo lines and some very radio-friendly vocals and brew up some long, explorative songs. This, their third album, consists of five tracks in the eight to 11 minute range, which is a good six or seven minutes shorter than the averages for the last two albums. A few cautions: brace yourself for 45 minutes of nonstop acoustic guitar chord strumming. Right from the beginning, the strumming starts and it literally doesn't let up until the end. The other big point of contention is the quality of the electronics: they are overall amateurish, unoriginal, and thin. The vocals are well-done, but more MTV-ish than you might expect in this genre (lyrics are in well-pronounced English). The bottom line is that this album has a decent premise, but the execution is below average. The music just moves along slowly, never really building to anything. And there are other bands merging the same elements much more successfully. Italy's Dunwich is a prime example, and more original to boot. However, if you enjoyed their prior efforts, this too will satisfy.

This third album from The Spacious Mind delivers more of their patented spacy psychedelia. Those familiar with their earlier releases know exactly what to expect; Ebowed guitar leads over a backdrop of swirling synth textures, acoustic guitars, hand percussion, and occasional other instruments. The music is mellow, meditative, and hypnotic, smoothly flowing along, avoiding any sudden moves. Some vocals occasionally work their way up through the mix, but the majority of this is instrumental. The four long pieces are not as much developments of musical ideas as idle atmospheric soundscapes, which fade in, flow along for a while, and then fade out. The band seems to have mellowed over its three albums; Seagoat has a noticeably diminished variety in the songs and a reduced sense of direction and dynamics compared to the earlier albums, which is to say, this album can be pretty repetitive on a certain level. The sound quality and production, however, are quite excellent, as on the previous discs, and the richness of the various instrumental timbres really benefits from the spaciousness of the mix. There's not a whole lot of musical action on Seagoat, but slip on a pair of headphones and this band which epitomizes spacy psychedelic prog will leave you in a blissful trance... or asleep, depending on your predilection for this genre.