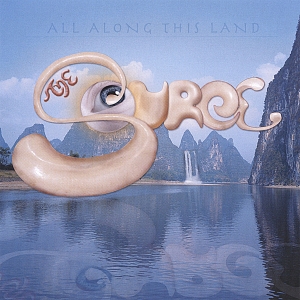 The Source is a Los Angeles based four-piece of g/k/b/d with keyboardist and primary composer Aaron Goldich assuming the vocal duties. They are a prog rock band with ambitious aims, as evidenced by the sidelong five-part title track, seemingly hoping to be the next Spock's Beard. One can hear the influence of classic Yes throughout the disc, especially in the compositional structures and the guitar playing, though their overall sound is given a far more modern treatment. At times — especially on the four shorter numbers, their material assumes a more pop-like posture, tending to abandon the complexity, though remaining effective. The vocals are a bit nasal and wear thin at times, and the lyrics (which are printed in the tri-fold) of the title track are at best convoluted, often making little sense. I'm not sure how long this has been out there: the date on the CD is 2006, but it didn't hit the Exposé mailbox until late 2007. For a two year old band that only formed in '04 this is not a bad effort, and shows an immense amount of promise, although this band still has a lot of development ahead of them. That said, they are all excellent players and handle all the self-induced complexities of the compositions well. Hopefully a follow-up disc is already in the works. This is a band to watch.

Mörglbl - Grötesk – Simply put, Mörglbl is an adept French fusion guitar, bass and drums trio. Their debut on the American Free Electric Sound label is a bit surprising since there don’t appear to be many unique...  (2009) » Read more