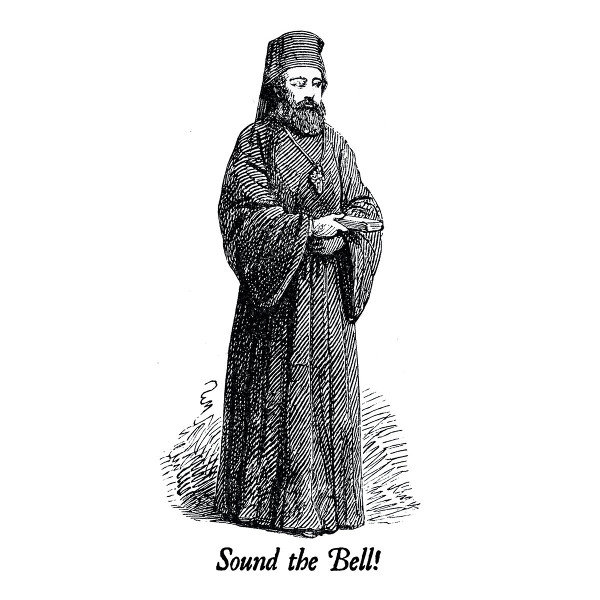 Tampere is Finland’s third largest city, with well over 200,000 people, and among those residents, four have put together a band called Sound the Bell! — complete with exclamation point. They’ve developed a style that edges 70s hard rock towards progressive rock without hitting on metal as so many current bands do. Among (relatively) well known American or English bands, the closest comparison might be Captain Beyond. When they rock, they rock hard, but their sense of dynamics gives rise to varying sections and keep things interesting. Lead vocalist Panu Ukkonen, who also handles bass, has a strong voice that is worthy of the prominent position it gets in the mix. All the lyrics are in English, and Ukkonen’s accent never gets in the way of enjoying the music. Equally worthy of focus is Antero Mentu’s guitar, which ranges from nice arpeggiation to insanely distorted solos, though as I said, the tone isn’t like a metal guitarist would use. It’s more akin to the kind of overdrive favored by Raoul Björkenheim and Dušan Jevtović. At other times, he’ll pull out the slide, with a particularly effective solo on “Garden of Love,” which is the album’s longest piece at 12:42. The climax of the piece features a kick-ass rolling triple beat (think Hendrix’s “Manic Depression”) with Simo Laihonen’s drums and the bass going full-bore while the slide guitar freaks out. The album features just the trio, and the sound is filled out by lots of overdubbed guitar parts, with some extra vocals as well. (The band has been known to work with a keyboardist, though not on this recording.) I particularly like the way Laihonen handles the odd meters — he is well beyond simply coming up with a pattern that fits the time signature, but plays across bars and providing accents exactly where they’re needed, just as a jazz-inspired drummer does in 4/4. Sound the Bell! is a band well worth attention, and provides a rocking antidote to all the bands infusing their sound with modern electronics and fancy production techniques. They just write great tunes and attack them with gusto and a twinkle in their eyes.