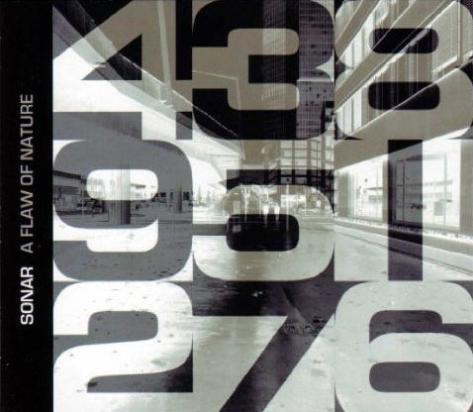 One look at the cover and the magic square that adds up to 15 in any direction, and one might get the idea that math is a big part of this music, and they would be right. But it’s actually a lot more, and a lot less all at the same time. Using only two guitars, bass and drums, their all-instrumental approach is definitely minimalist, like a painter who only paints in shades of brown and black. Sonar’s self-imposed limitation is that all the strings of the guitars and bass are tuned to either C or F#, and both guitarists spend a better percentage of their time exploring the natural harmonics of those open strings in interlocking patterns, within some complex polyrhythmic grooves that are anchored by the drums and bass. But for the most part they take a more subtle and gentle approach to their craft, almost meditative at times, not an aggressive hard driving rock – although that’s not to say the sound doesn’t get heavy at times, with the two-part “Mobius Loop” and “Mobius Coda” being the disc’s best examples of that. Drop the needle on an track here and within a couple minutes you’ll have a good idea of what their sound is all about; every track is a variation of that same approach, sometimes fast, sometimes slow, sometimes both fast and slow together at the same time. The chief composer is guitarist Stefan Thelen, although second guitarist Bernhard Wagner shares credits on the nine-minute “Steel Cathedral,” another of the disc’s standout tracks. Some rudimentary similarities to the mathematical endeavors of 80s King Crimson are evident here, but working with a smaller palette, the result is more instantly identifiable. This is the band’s first full length disc, following hard on the heels of their four-song EP Skeleton Groove, another title which described the band’s approach accurately. Okay, so this does get a little samey after an hour, but that’s Sonar’s style, take it or leave it; it’s this unique approach that sets them apart from all others.