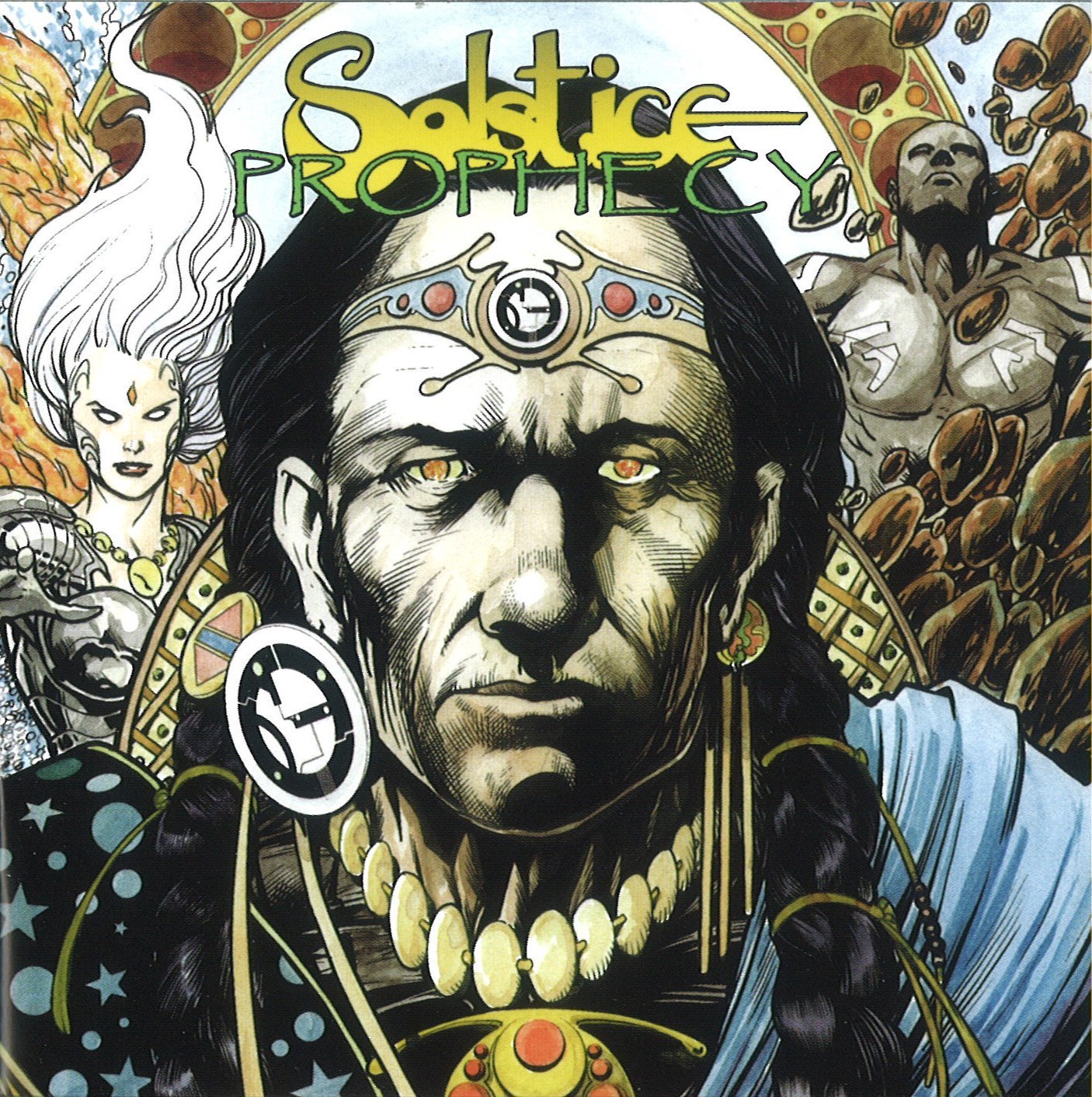 Solstice is one of those bands that has their own sound, songs that are immediately recognizable regardless of what album they came from over a thirty year period. And nobody can accuse them of glutting the market with product, as they’ve only released about half a dozen records during that time. Even though the lineup has changed over the years, de facto bandleader, guitarist and principal composer Andy Glass — and now the only original member, has managed to keep their sound intact through all the personnel changes. After four or five different female vocalists came and went (there was a nine year period between their first two albums), Emma Brown has fronted the band since the mid-90s; her singing is a major part of the band’s trademark character, along with violinist Jenny Newman, who complements Glass’ guitar in their many lengthy instrumental duels. While I often hear Solstice compared to Renaissance, I just don’t hear anywhere near the same level of disciplined classical influences mixed in with their compositions and arrangements; instead, the Solstice style tends to be more folky at its core, an updated take on the laid-back west coast hippie sound of late sixties San Francisco, mixed with a sort-of new age ethic, the prominent violin often reminding of It’s a Beautiful Day’s early work. The five lengthy pieces here that constitute the new album Prophecy are full of brilliant instrumental fire interspersed with mostly relaxed sections of vocals and multi-part harmonies — Glass and keyboardist Steven McDaniel also share vocal duties. Added as bonus tracks are Steven Wilson remixes of the three best tracks from the band’s first album Silent Dance, “Find Yourself,” “Earthsong,” and “Return of Spring,” which sound even better than the previous Festival Music reissue from 2007 (and we won’t even talk about the early 1991 reissues, which were mastered from vinyl copies). Longtime fans of the band will find plenty here to appreciate, and the uninitiated will find Prophecy to be a good point of embarkation, with a sample of the band’s first album in tow as well.