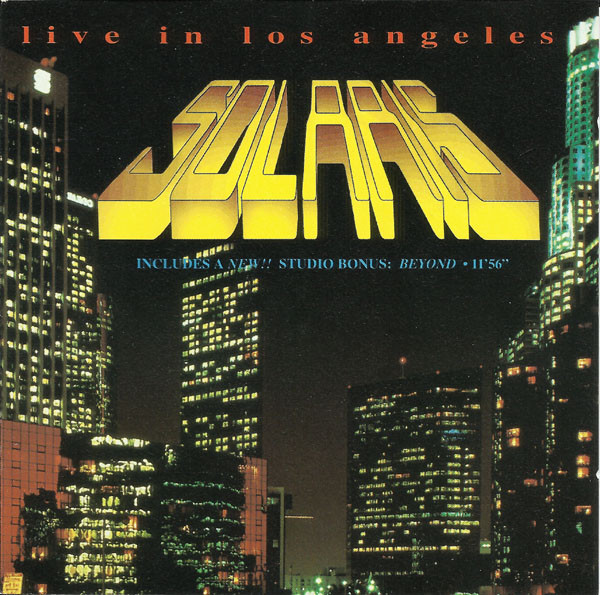 For anyone that was completely blown away by this band's performance at Progfest in November '95 (everyone in the house, from what this writer could ascertain), this two disc set is nothing less than a godsend. The difference between the studio Solaris (see the review of their earlier albums Martian Chronicles and 1990 in the reissues section) and the band in a live setting can be summed up in a single word: Power. The live dynamics of the band bring a whole new dimension to the excellent material culled from their two studio albums. Tunes like "Hungarian Dance" (Magyar Tanc, from 1990) and "Apocalypse" from Martian Chronicles receive a previously unknown dose of fire that gives these numbers new life. The entire performance is here, with the exception of their two-song encore, which were repeats of earlier performances anyway. The recordings are superb, with just the right amount of house sound mixed in with the soundboard, maintaining the live feel with the clarity of the line mix. In addition, the set includes a 12-minute previously unreleased studio cut "Beyond," though the scant liner notes give little indication if this is a new recording or if it's a leftover from the old days. Either way, it's definitely one worth owning, as is this entire set.