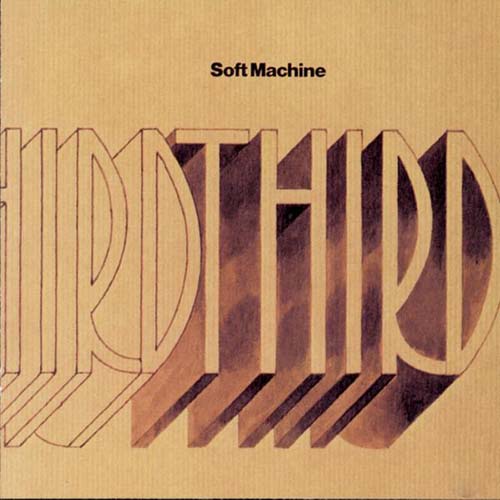 For those not familiar with Soft Machine, this is probably the best place to start; this marks the major turning point in the band's career, a shift from a more song-oriented style, through a phase of intense experimentalism (for rock, at least), and on to an overall jazzier — and humorless sound. Soft Machine would never be the same again. After the second album, recorded as a trio of Hugh Hopper (bass), Mike Ratledge (organ) and Robert Wyatt (drums, vocals), the band decided to open the band up to new members with fresh ideas. As a result, Soft Machine briefly became an eight-piece with the addition of Elton Dean (alto sax, saxello), Lyn Dobson (flute, soprano sax), Nick Evans (trombone), Jimmy Hastings (flute, bass clarinet), and Rab Spall (violin) — in short, all of the Keith Tippett band at that point in time, minus Tippett. The album, originally a 2LP set, contains exactly four songs — one per side. The first, "Facelift,” was pieced together from two concert recordings in early 1970 featuring the full lineup, and is easily one of the most decidedly innovative pieces the band ever did, second only to "Moon in June,” an expanded version of a Robert Wyatt song which cuts, half way through, into a highly experimental piece for group and tape that defies descriptions. The remaining two sides, "Slightly All the Time" and "Out Bloody Rageous,” feature a subset of the full eight-piece lineup, and move in the jazzier directions that the band would follow on all subsequent albums. A domestic version of Third was released about four years ago on Columbia, which — like its vinyl counterpart, had absolutely dreadful sound quality. This new version on BGO corrects many of those problems, and seems to have better stereo separation as well. I've A-B'd it with the Columbia disc, and the improvements are immediately apparent.