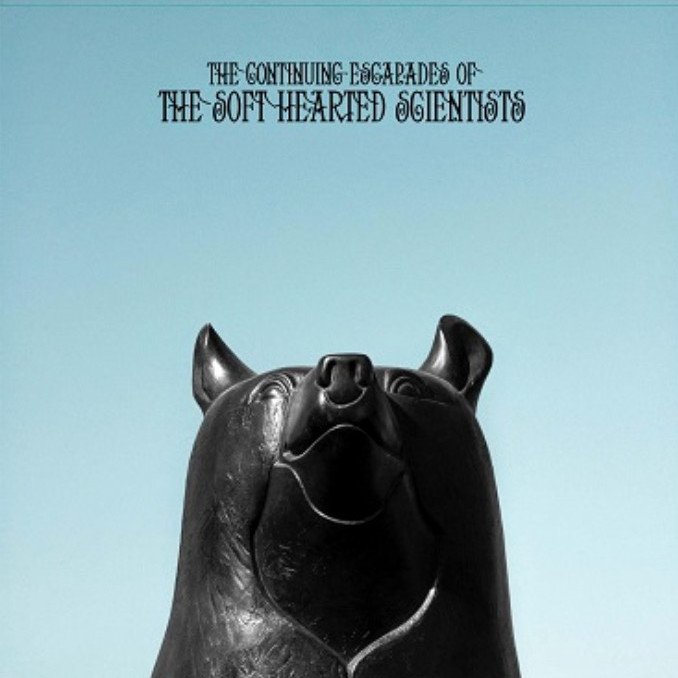 Seven years ago Fruits de Mer released a double LP retrospective of the Soft Hearted Scientists’ early work titled Whatever Happened to the Soft Hearted Scientists, which happened to be their first time on vinyl. That double LP introduced this wonderful Welsh band to a broader audience, and also resulting in the band and Nathan Hall to become regular contributors to FdM. With the success of the the first double LP, Keith Jones / FdM began talking with Nathan Hall about returning to their back catalog for a second retrospective and Keith managed to convince the band back into the studio after a three year hiatus when they recorded a cover of the Bee Gees’ “Please Read Me” that FdM released in 2019. On September 28 FdM released another of their 2020 massive sets, the 4 LP The Continuing Escapades of the Soft Hearted Scientists, which includes an extended version of “Please Read Me.” This new collection focuses on Soft Hearted Scientists’ albums four through seven: Wandermoon, False Lights, The Slow Cyclone, and Golden Omens, most of which have previously appeared in Exposé. But what makes The Continuing Escapades of the Soft Hearted Scientists so special are the third and fourth LPs that contain “Astral Adventures 1 to 4,” side-long song suites assembled and remixed by Astralasia’s Marc Swordfish using instrumental passages from different tracks spanning the Soft Hearted Scientists discography. Truly a labor of love in that Marc’s choices flow together seamlessly imparting different moods to each Adventure by stripping them down and sewing them back together in new and imaginative compositions for a completely different perspective on the Scientists' music. If you’ve never experienced the Soft Hearted Scientists before, now is the perfect opportunity to glory in their magical, beguiling songs.