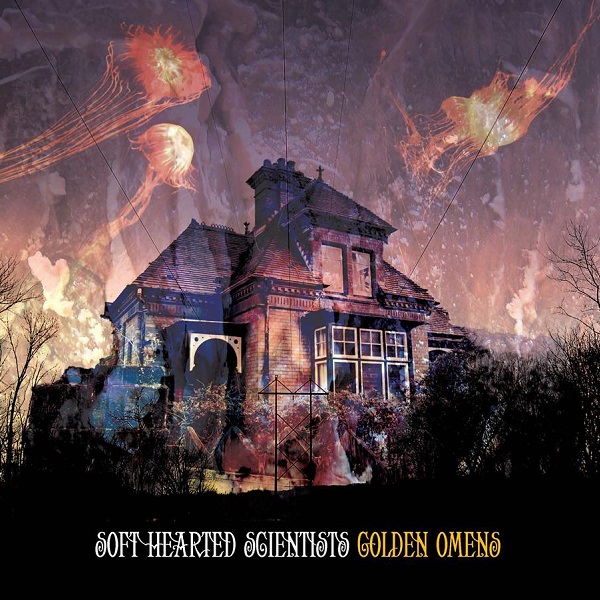 Those psychedelic gnomes from Cardiff are at it again, this time feverishly working in their lab to concoct a double dose of their signature pop-psych music. Golden Omens is an alchemical amalgam of lyrical songs, instrumentals, and interludes divided into four parts across two CDs. Like its predecessor, The Slow Cyclone, Golden Omens is hand made, a bit rough around the edges, and a thoroughly enjoyable blend of psychedelia, baroque pop, gallows humor, folk, and music hall tunes. The songs cover such diverse topics as the atrocities of war; nervous breakdowns; homicidal impulses caused by mindless TV shows like Made in Chelsea and Strictly Come Dancing; the quadruple horse-related demise of Simon Cowell; Seasonal Affective Disorder; outwitting the Sphinx; aging; cops chasing criminals; a theme for a fictional surf goddess; Sabre Tooth Tigers in Bethnal Green; horrors of jellied eels; the call of Welsh mountains; spring’s first blossom; jellyfish resembling sentient chandeliers; and regrets of lost love. Truly nursery rhymes for adults by these masters of the catchy chorus. In addition there are some inventive song titles: “On a Clear Day I Can't Think for Miles,” “Helicopters of Habershon Street,” “51.802294, -3.222266,” and “Cherry Blossom Velvet Vision Shield My Mind from Broken Glass,” to name a few. Despite the outré subject matter and song titles, the music is wonderful and sure to bring a smile to your face. If you haven’t experienced the Scientists before, Golden Omens is a great place to start.

Metaphor - The Sparrow – Acclaimed US prog act Metaphor’s third album is finally out after two-plus years of refinement, and the finished result is well worth the wait. I was lucky enough to receive a group of rough demos...  (2008) » Read more