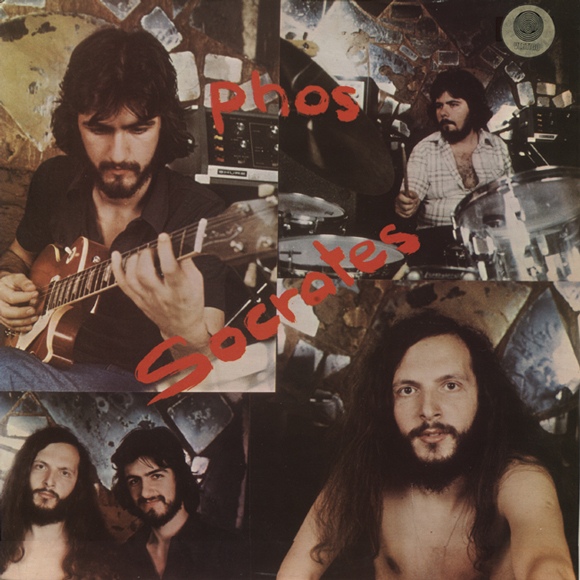 This is the third (apparently) and best-known release by this obscure (outside Greece, anyway) Greek band. This album was made famous by guest-keyboardist Vangelis. And while it's true that this fact probably is the reason most anyone would want to buy this album, it actually has much to recommend it by itself. As two members play guitar, you might guess correctly that Socrates is a guitar-based band. But Socrates are an intelligent enough band to know the importance of texture. In their use of layers of acoustic and electric guitars with one electric guitar playing lead, they may remind of certain Scandinavian bands (Aunt Mary, Errs Pink). But Socrates' use often has an undercurrent of flamenco or Middle Eastern music, which gives it a distinctive flavor. What is more, the lead guitar is often entirely free of distortion and with little reverb, giving it a very "clean" sound. Only on the seven-minute "Mountains" do they indulge in extended guitar-soloing. While the solo (cadenza really) takes up the bulk of the piece, it certainly sounds like few guitar solos I have ever heard. It reminds me of the instrumental passage of King Crimson's "Moonchild" arranged for guitar, or perhaps John McLaughlin in a mellow mood. All tracks but one have vocals, which are rather evocative of a number of Italian bands and aren't terribly distracting. The best song is also the most out-of-character, the dreamy, synth-heavy instrumental "Every Dream Comes to an End," not surprisingly the only track co-penned by Vangelis. If you're a Vangelis completist, you will buy this album, that much I know. It's also useful for filling in the "Greece" slot for those of you going on your prog rock 'round the world tour. But while it's not a classic, it does have worth, and is quite rewarding.