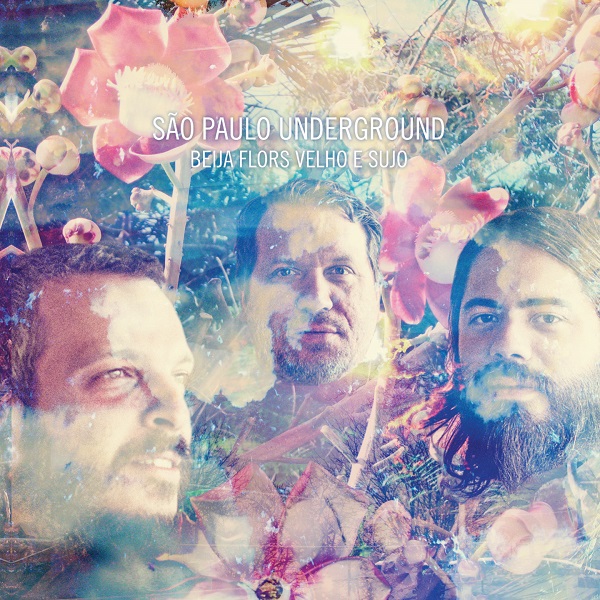 Considering this is São Paulo Underground’s fourth release, I can only assume the musical chemistry is still working for this trio. As on past albums, Chicago-based horn player Rob Mazurek and Brazilian musicians Guilherme Granado (keys and electronics) and Mauricio Takara (cavaquinho - essentially a Portuguese ukulele, drums and electronics) have concocted a vibrant multi-cultural stew that goes well beyond merely infusing American jazz into Brazilian Tropicalia and Carnival traditions. The group seems to be operating on planes both celestial and temporal with several of the pieces achieving an almost shamanistic power while still firmly grounded in the heat and sweat of everyday urban reality. They embrace distortion, noise, and aren’t afraid to experiment with signal processing, synthesis and sonic manipulation to the point where it’s impossible to tell what instrument you’re actually hearing. That this can happen while they still deliver a tune is simply amazing, as on “Evetch” and “Basilio’s Crazy Wedding Song.” Elsewhere they embark on studies in improvised electronic chaos, as on “Annus Husar” and “Six-Handed Casio,” though even here the group are sharing a conversation that’s uniquely their own. Where they really click for me are on the Sun Ra-inspired cosmic voyages, as on “Into the Rising Sun” or “The Love I Feel for You Is More Real Than Ever.” Every song is an example of why it’s important for musicians to leave their comfort zones. The results can be unpredictable, but they can also be utterly rewarding for both the musician and the listener.