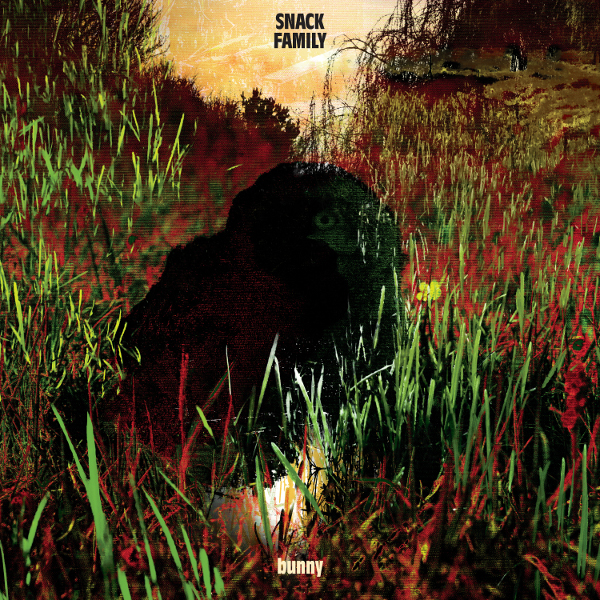 Listening to Snack Family’s debut full-length, I was immediately reminded of the band Morphine. Snack Family features a lineup of guitar, sax, and drums, with both the guitar and the sax being the baritone variety, giving the music a very bass-heavy feeling, though sax man James Allsopp does contribute some alto sax and synthesizer to broaden the sound. The Morphine comparison gets stretched pretty thin with some of the tracks on the album, especially when guest singer Seaming To comes in on backing vocals, and at times it could be something like early Talking Heads with Nick Cave singing and a guest sax player. Guitarist Andrew Plummer uses his baritone in a variety of ways, sometimes handling the bass parts, sometimes chords or melodic lines, and he has a low-pitched, gruff voice that adds a measure of grit to the music. Tom Greenhalgh’s drumming is generally in a deliberate, basic style that locks in with the bass lines, though he does show subtlety when called for. Busy, tricky patterns are not his thing. Bunny is heavy, but not metal, and the riffs are both catchy and a little twisted, with unexpected notes and accents that keep the listener interested. “Love My Dog” is a particularly interesting case, with an insistent, dissonant guitar part, really unusual drum part, and a bass line on baritone guitar and sax that comes in for the second verse, hitting mostly offbeats. Then a weird synth part comes in with a part that expands on the bass line. The overall vibe of the tune is along the lines of Gang of Four (hints of “I Love a Man in Uniform”). If you’re looking for a new sound in arty post-punk rock, Snack Family is a great option.

Echolyn - As the World – Echolyn seems to be intent on making a career walking the line between commercially acceptable album-oriented rock and something a bit more challenging. First off, As the World is much more vocally...  (1995) » Read more

In the Spooky Valleys of British Columbia...