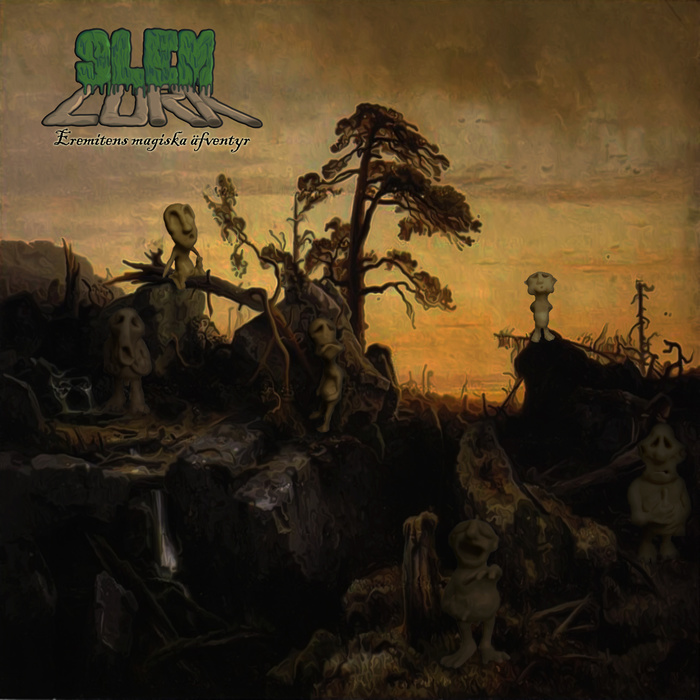 The debut from this Swedish band is quite a mixed bag stylistically, though happily when it comes to quality there’s a consistent high level. The opening track is a great workout of riffs and melodies going in several directions at once, with bits of King Crimson, math rock, and a little jazz fusion tossed in. The second track is even more manic, with some tight stop-start parts and the occasional weird diversion, including a keyboard that sounds like it belongs in a different tune entirely. The next track flirts with a reggae beat, crossing it with a jazzy swing and some tasty extended chords and somewhat crazed vocals. Track 4 takes us off into atmospheric territory, with wind and what sounds like an owl, all of which gets blown to bits by some more lightning riffing, changing meter from time to time, then a slightly off-kilter jazzy interlude that shuffles along until getting interrupted by a funny voice which ushers in the heaviest section of the whole set.The set finishes off with another short tune, this one acoustic and with a vague country tinge, but also some fuzzed-out parts just to keep it strange. And that’s it: five tracks containing enough ideas for ten or so, imaginatively written and impeccably played, with enough touches of humor that you might think of Samla Mammas Manna. This short release is a very promising beginning for Slemlurk – if they can maintain the level of quality and continue to avoid taking themselves seriously, there’s sure to be more good stuff to come.