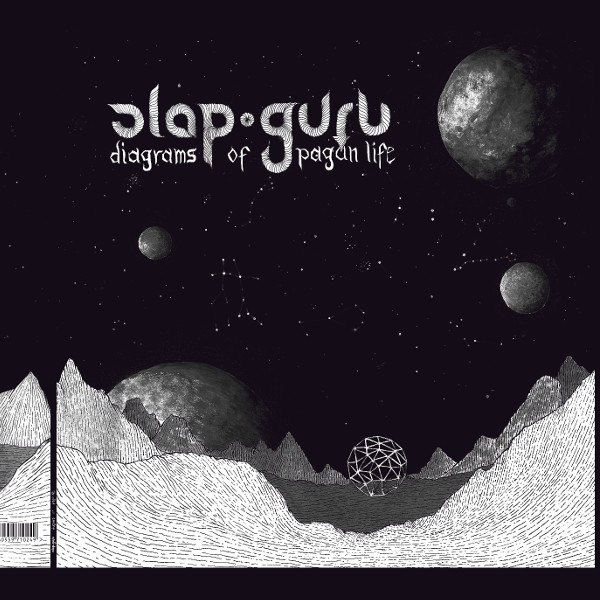 When I reviewed Slap Guru’s debut album in August 2018 I was not impressed. So I approached their second album, Diagrams of Pagan Life, with caution, and they have now won me over starting with the opening strains of the first track “Ākāsa.” This opening track is a beautiful, but short, instrumental with doubled guitars and sitar that immediately reminded me of Popol Vuh. Though Slap Guru continues their explorations of heavy 70s blues rock and stoner rock like on the title track, “My Eerie Universe,” “A Daily Loser - Dropping Electrons in a Hydrogen Atom,” and “A Wornout Tool - Diagrams on a Blaze.” But in between we see Slap Guru growing as a band, exploring new directions and ideas. The instrumental track “Into the Gloom” is completely different from their previous work and the track is aptly named.”To Forget Is to Forgive” shows the band switching back and forth between alternative rock, stoner rock, and progressive rock with some particularly melodic guitar passages. “Contemporary Blankness” has this Spanish band playing some smooth rhythmic Latin jazz much like Carlos Santana. “Earth Cycles” is a 27-second floating electronic soundscape. “The Same Old Way - Diagrams of the Solar System” is a gritty prog psych combo and “Streams on a Plain” shows elements of Jimi Hendrix’ “Fly on Little Wing” with a tolling bell as the outro. The album closes with the oddly named track “AnāhataNāda,” another new direction for the band with ambient drones and glissandos that soar up and out of hearing range. Though despite the cosmic references in the song titles, Diagrams of Pagan LIfe is not space rock, but instead a testament to a maturing band well worthy of your attention.