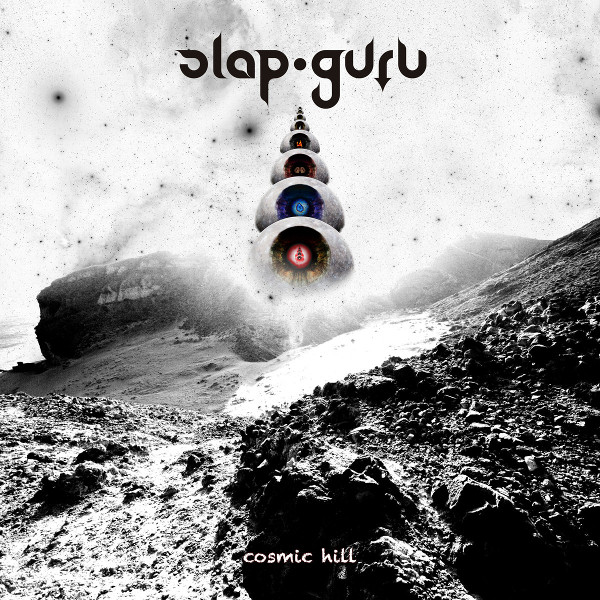 Slap Guru is a Spanish band drawing heavily on 70s blues rock, with a dash of psych. Cosmic Hill is their debut release and if I could sum up my review in one word, it would be "OK." Valerio Willy Goattin (vocals and guitar), Alberto Martin Valmorisco (guitar), Javier Burgos Labeaga (bass), and Jose Medina Portero (drums) try hard, but nothing really exciting happens across the eight songs on the LP. If you are a fan of blues rock or stoner rock, you might find something here for you, but for my tastes, I would pass. Interestingly my initial reaction to the opening strains of “Wakanta” was to lump it in with the rest of the album, but over its six minutes, the song vastly improves and grows on you with its spaghetti western vibe, whistling, and psych jamming. And the other song that began with some promise, “Dharma Streets,” with street noises, sitar and tamboura, just loses it all with Slap Guru launching into stoner rock. Cosmic Hill is certainly anything but cosmic. This is a good solid middle of the road album that does not challenge the listener.

Qwaarn - Aberrations – Qwaarn is an extremely odd name for a band, and they provide no further explanation in the package. I think that Qwaarn is supposed to be an alien; and I guess it is his picture on the CD cover....  (2008) » Read more