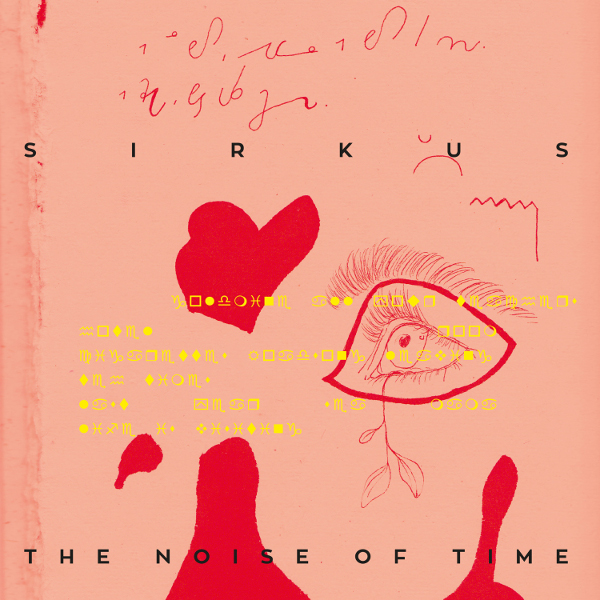 Three years ago German band Sirkus released their debut album Dream Factory. And this past April saw the release of their second album The Noise of Time. Sirkus is a group of friends with a variety of musical backgrounds, integrating influences and experiences from the Congo, Burkina Faso, Middle East, and the West Coast. The band is Nathan Geis (drums), Lukas Sauer (lead guitar), Marcel Bickert (djembe and percussion), Max Sauer (vocals and rhythm guitar), Michael Hauck (bass), and Patrick Stäudle (keyboards). They are also joined by several guest musicians for additional percussion, flute, bass, and voices. The result is a set of ten gothic western, psychedelic, stoner rock songs. The whole album makes me think of The Doors’ L.A. Woman, but without any obvious comparisons to Jim Morrison or Ray Manzarek, just a general sense of their West Coast L.A. ambiance. I am also reminded of Brit psych rockers The Alman Mulo Band. Across the tracks, Lukas’ tremolo guitar flirts with surf music, to accompany Nathan’s and Marcel’s funky tribal rhythms, Max’ gritty vocals, Michael’s cool bass, and Patrick’s bluesy keyboards. Much of the music is brooding, but a couple of tunes stand out for me. “Cigarettes” is a particulary evocative song. You can easily imagine a dark cocktail lounge and a cigarette burning in an ashtray with the smoke slowly curling in the light. And then there is the rapid and repeated four-note sequence of “Road Song” that evokes driving down a straight highway through the American Southwest and watching the road stripes pass by. Overall The Noise of Time is a pretty cool album.

Sometimes you just don’t know why, you can’t put your finger on the reason, but a sound carries some kind of magic that can’t easily be explained. Case in point: Sirkus is a six-piece from Dusseldorf, and after their 2015 debut Dream Factory, this their second full length release. Their sound rocks hard but definitely carries some strong West African, Moroccan, and Middle-Eastern influences that provide a distinctive sound like no other. Right out front is singer Max Sauer, a soulful and emotional vocalist with a powerful and scratchy delivery, who also handles rhythm guitar. Lead guitarist Lukas Sauer always has something interesting to add to the band’s sonic fabric, and all of the material on The Noise of Time is group written. There are two percussionists here — kit drummer Jonathan Geis holds down the basic rhythm while Marcel Pickert embellishes that with djembe and other percussives. Rounding out the sound are keyboardist Patrick Stäudle and bassist Michael Hauck, and additional guest players join on double bass, flute, additional percussion, and spoken voice, song depending. The overall sound varies from song to song, sometimes bluesy, sometimes psychedelic, with jazzy touches falling into the cracks, but it’s always direct, and the songwriting is memorable, with lyrics in English. One of the standouts among many is “Hotel Room” which is built on a powerful bass line along with intense percussion, and a near manic delivery on vocals, wrapped up by an intense keyboard solo; “Road Song” is another that delivers the story of a tragic car accident in the third person, with a powerful groove driving it forward. Opener “Goldmine of Truth” is brings the Middle Eastern and rock elements together with a catchy riff, while “All Your Teachers” captures a bluesy style mixed with a memorable vocal refrain, underpinned by an almost Carribean sound. “Sea” mixes a strong percussive element with jazzy groove styles from the keyboards, with flute and guitar solos. There are ten tracks in all, and the more one listens, the more captivating it becomes.