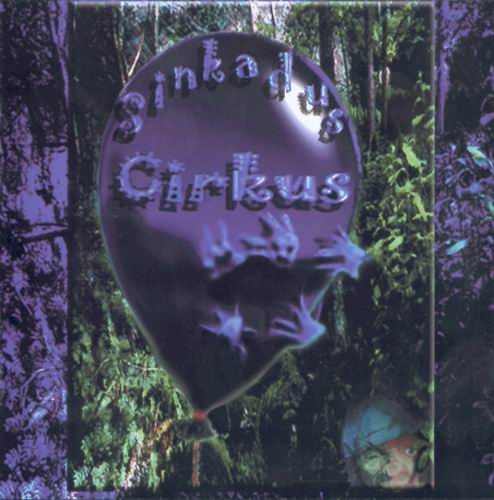 I gave this Swedish ensemble a good hammering for being the transparent Änglagård clone that they are on their debut CD, a plagiarism that bears no rival. Änglagård, being the legends that they now deservedly are, aren’t really the worst band to emulate in many ways, except for the fact that they themselves were an amalgam of Genesis, Swedish folk, and Italian symphonic rock influences, making Sinkadus at least a third generation rehash. Cirkus is quite the big step up from their debut musically, featuring better melodies, mature arrangements, and stronger playing overall. But they still sound like they'd rather be nothing but Änglagård reborn, down to the long dramatic tracks with Mellotrons, flutes, and understated vocals. And thus every bit of positive feedback that I can muster, which is actually a fair amount here, is burdened by this monkey on their back, one that reminds you of its presence with every Grieg-laced melody, staggered rhythm, and Mellotron chorale. While their debut was lukewarm Änglagård, this is much hotter, containing nearly every bit of strong symphonic rock that you would expect to find on the classic Hybris or its slightly inferior follow-up Epilog. But no matter how appealing the style, the flash, the analogs, and the drama, there is not a second on here that won’t have you thinking rip-off while still enjoying it as a guilty pleasure. With such talent and ability to play such complex symphonic rock, one hopes that Sinkadus will one day assert any hidden individuality and come into their own style (as yet unrecognizable). A great album, but it’s been done before, almost exactly.