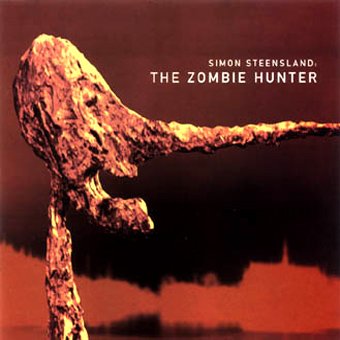 For those who know Steensland from his earlier release Lonesome Combat Ensemble on Musea, it will only take a couple minutes of this latest release to figure out that he's turned the energy level up from three to around 11! This one is not for the squeamish or the faint-hearted, Simon's gone over the top this time, and the music is all the better for it. Exploring the musical territory somewhere between later Univers Zero and early Tiemko, his music is a jagged and aggressive full-throttle neo-classical rock, yet all the while unmistakably Swedish. Using bass, marimba, accordion, harmonium, keyboards, cello, drums and some guitar, he paints his fiery abstractions with a vengeance. Guest musicians provide additional keyboards, guitars, drums and occasional wordless voices. Most of the material is very rhythmic, relying on the drums, bass, and marimba to set the pace, but occasionally it dips into a blurry area (as on "Conversation with an Ant") where keyboards float along on irregular chord changes, retaining the angularity but losing the sharp edges. Accordion is used throughout, and adds a Scandinavian folk flavor to many of the tunes. This is urgent, powerful and adventurous music, highly recommended to fans of Univers Zero, Nazca, Art Zoyd and the like.