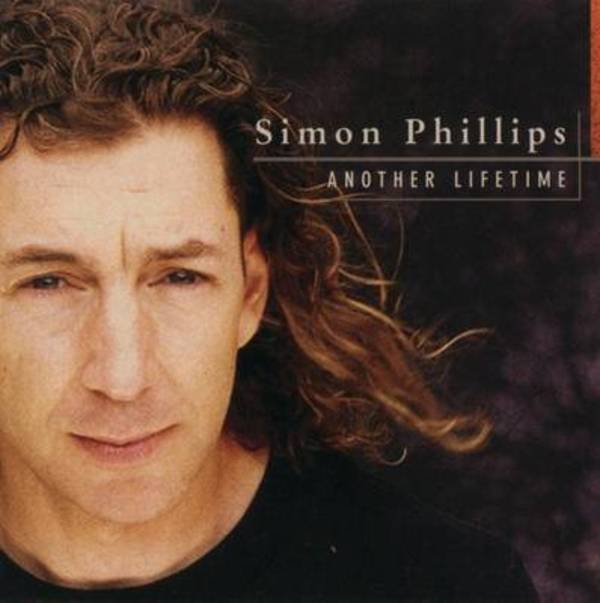 Simon Phillips is a drummer who has little to prove nowadays, what with the monstrous level of playing ability he has cultivated over the years. Terry Bozzio is perhaps his closest competitor musically speaking. But whereas Bozzio blazes uncharted trails in percussion styling (often at the expense of what is musically appropriate), Phillips makes up for a less groundbreaking spirit by a style that speaks with a fluidity unmatched by Bozzio's stiffness. (Odd - Bozzio was once quite the feel-oriented player that he now is certainly not). Another Lifetime follows in the footsteps of Jeff Beck, from the days back when Simon was his drummer, showing us a work somewhere between rock and jazz, where guitarists always want to imitate Allan Holdsworth. This is no exception in that on the surface, the guitar does parallel Holdsworth's sound. But comparisons stop there, as in content we are in utterly different terrain. His last release, Symbiosis, was a lot more technical, giving Simon the chance to show what he's got up his sleeve at the kit. But not so much here. There is almost no improvisation for starters. And little is very thematically dense, but rather it gives primacy to atmosphere and groove. Backing Simon up are two guitarists, bass, sax, keyboards, and a percussionist. Keyboards though keep well to the background, and percussion is largely tacit. Simon himself however uses the odd percussive color to spice up his work and it is always tasteful and immaculately executed. His finest effort here must be "Euphrates," where his drumming is actually melodic. Exquisite! But for the most part the band plays in a safer mode, offset by sections of unison melodies whose dynamic peaks and valleys are propelled by Simon's drums. Whenever anything of a technical nature pops up, it is always a simple unison passage, with no counterpoint or contrast. In other words - not much interplay. As if all the parts were recorded by each member separately, an aesthetic more in line with rock music. Thus you'll find no stretching out in the way that Chad Wackerman and his boss do to such intense extremes in all of their work. After eight pieces in this style I began to wonder whether Phillips would give us any kind of spontaneity, i.e., improvisation. It finally came on the very last piece, but it left me realizing what I was missing up to that point. So, I would recommend Symbiosis before coming here.