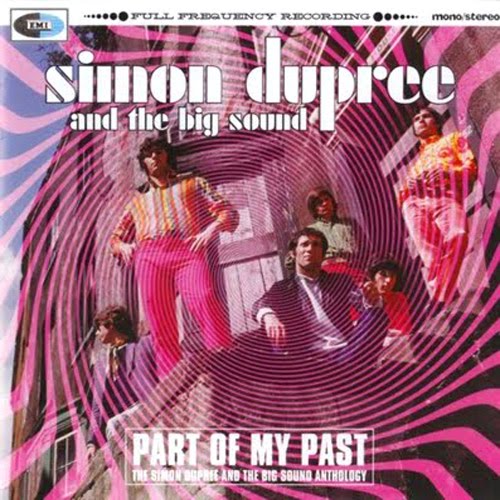 There’s no doubt that a complete collection of the recordings of Simon Dupree and the Big Sound has historical value. Aside from being a curious footnote in the story of the psychedelic 60s with their one hit, “Kites,” the band is of course a curious footnote in the history of Gentle Giant, the simple pop band with a silly name that gave birth to a progressive powerhouse. The musical merits of such a collection are subject to debate, however, since the band never really found a successful place in their own time, first playing British blues rock after the fad had passed, then flailing desperately for a hit to follow their moment in the spotlight. Maybe it’s just hindsight, but they do seem to be a band in search of an identity, musicians of talent unsure of what to do with their gifts. The blues-based material is well-played and features some interesting arrangements with organ and trumpet. The psychedelic material runs quite a gamut, from the hilarious (even stupid) “Broken Hearted Pirates” to wonderful gems like “Part of My Past,” “Castle in the Sky,” and “Thinking about My Life.” Of particular interest are the tracks recorded for the never-issued second album, a Mellotron-heavy set of florid late-60s British pop, maybe not a match for Odessey & Oracle, but a solid entry in the history of psychedelia. Some of the vocal arrangements are quite elaborate, showing where the Shulman brothers learned some of the tricks they would utilize in their later endeavors. This collection is amazingly well conceived and executed, with thorough liner notes and the best sound you could expect for sources of the time, well worth the expense for fans of Gentle Giant or psych-rock.