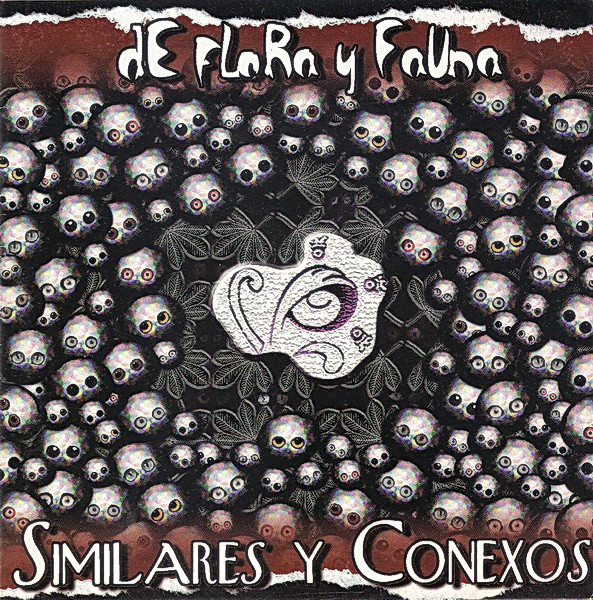 Of the Mexican progressive groups I’ve heard, none attempts to integrate the traditional music of their country as much as Similares y Conexos. The five-pieces ranges from tunes a bit like early 70s Genesis or Jethro Tull to folksy singalongs. The Genesis / Tull resemblance is fairly slight, owing mostly to the presence of the flute of Eduardo Velazquez combined with Jorge Calleja’s guitar. A track like “La Señorita” combines many disparate elements within it: it starts with a bit of Tullish interplay between flute and electric guitar, then slips into an acoustic folk verse that would (but for some background synthesizer chords) pass for a Los Lobos cover, then there’s a Moog-like monosynth melody, and, after another verse, a heavily distorted rapid-picking electric guitar break followed by a reprise of the flute / guitar intro. Calleja’s vocals, all in Spanish, have a generally raspy tone that takes a little getting used to; backing vocals, by contrast, are much clearer. Keyboardist Salvador Govea adds some unusual touches, supplementing his organ and string synth with unexpected analog noises reminiscent of Eno with early Roxy Music. The compositions are varied and strong, though the disc is burdened with lackluster production that leaves it sounding more like demos than finished recordings. The drums are very dry and the acoustic guitars are particularly muddy. Still Similares y Conexos shows great promise, and I look forward to hearing their unique style more clearly.