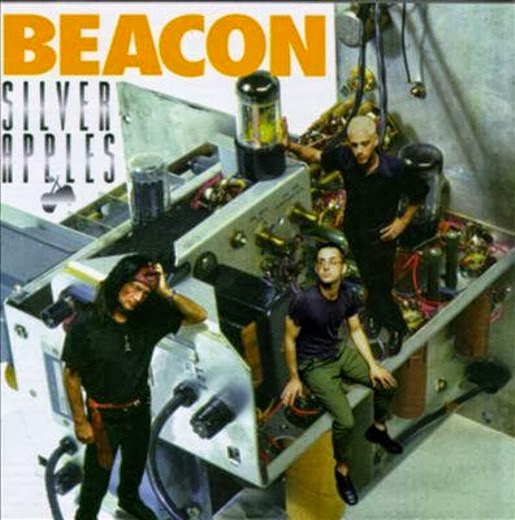 Last issue you read about Silver Apples being active and touring again, now there's a brand new record by the trio of Simeon (oscillators, keys, voice), Xian Hawkins (keyboards), and Michael Lerner (drums). It's almost as if the last 28 years never happened, as this seems to pick up right where the last album (from '68) left off, and with the exception of the use of keyboards for the bulk of the non-effects sounds here, the music is very much the same: a combination of highly rhythmic song-based pieces juxtaposed with more twisted and open ended ambient/industrial pieces. Hints of dreaded techno pop up occasionally, but for the most part Lerner keeps a lid on it, handling the drumwork superbly, and never descending into such simplistic territory. If anything, Simeon's voice has improved with the passage of time, and to his credit, the oscillator effects are every bit as potent as they were three decades ago. Two tracks originally on the second album ("You and I" and "I Have Known Love") plus "Misty Mountain" from the first are refurbished and updated for the 90s, while the balance of the eleven tracks are all new material. Interestingly enough, last year's "Fractal Flow" single is nowhere to be found. Tracks like "Cosmic String," "Together," and "Ancient Path" are among the most progressive, essentially eschewing the pop tendencies in favor of more irregular texture based ideas. Overall, a good second start; it'll be interesting to see where they take it from here.