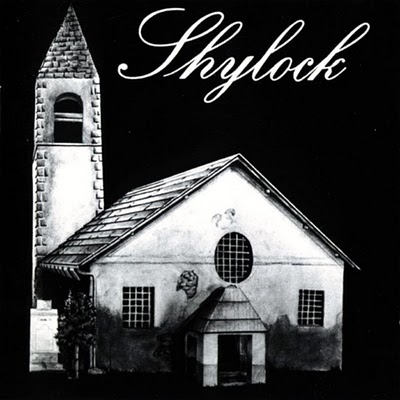 Most prog bands that came out of France in the 70s had something stylistically in common: a minimalist approach. Not minimalist in the sense of Philip Glass, say, but rather a profound thematic understatement which gave them a confident, but not arrogant, air. Gialorgues, the first of two albums from this three-piece, lives up to that generalization. The music is almost textbook symphonic. All the elements are here: soaring guitar leads, lyrical melodies (while always instrumental), rich chord voicings, and the quasi-classical musings of the adventurous ensemble. The album proper is comprised of two lengthy pieces with a short, march-like interlude between them. The second of the longer works is much more experimental than the first, with its improv percussion and guitar effects over a simple ostinato keyboard line. Interesting, recalls King Crimson, but drags on for far too long. The remaining five cuts on the disc are bonus tracks from 1981, when the band had dwindled to a duo after the drummer left. These keyboard/guitar duets are mildly amusing, but of lesser substance than the album itself. Musea (as usual) have provided excellent liner notes. Shylock are probably as popular as they've ever been, with Änglagård constantly citing them as major influences, and until their classic second album Île de Fièvre is released on disc, this offering will certainly suffice.

Gialorgues is one of those classic prog albums from the 70s that sky rocketed in value in collector circles. In the typical Musea tradition this CD reissue includes all the tracks from the original album plus five additional tracks performed by Frederic l’Épée and Didier Lustig in 1981. The excellent original tracks from Gialorgues are symphonic and consist of classical themes and lyrical electronic guitar solos. Shylock was very fond of the music by their progressive contemporaries Yes, King Crimson, Gentle Giant, Henry Cow, Van der Graaf Generator, and Robert Wyatt. It is very easy to hear the King Crimson influence, especially on the 19 minute "Le Cinquième." The five bonus tracks have a totally different feel to them. They are short, light, and airy similar in nature to Camel’s Snow Goose.