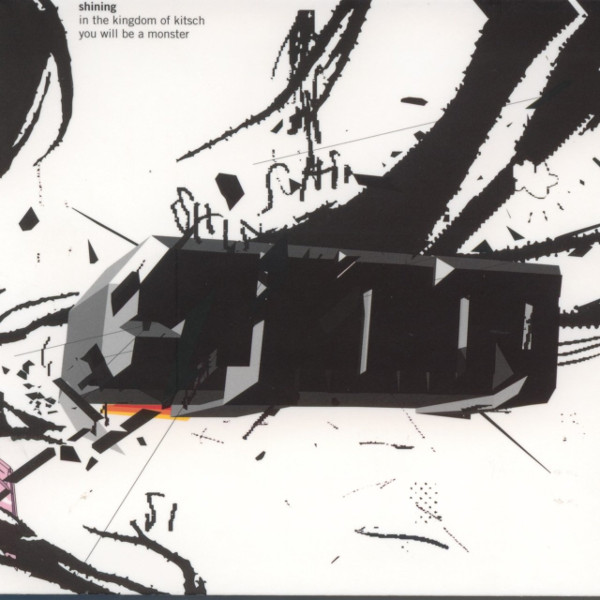 Hardcore devilry in psychotronic mode hanging about with the schizophrenic crowd. This is a rutilated ruby of the avant-progressive slant. Anyone into Cuneiform and Recommended Records catalogues will undoubtedly go twelve kinds of frosty pebbles over this hyper dish of über-kitsch bisque. Pulling from disparate sensibilities, the tone becomes a seductive smattering. The sax is a cross between Bruno Meillier (Etron Fou Leloublan) and George Cartwright (Curlew). Drumming is stutter stop-start staccato style with plentiful fills when in hyperactive mode. Peaks and valleys dot their countryside. The influence of Henry Cow is self-evident. A fair bit is “out,” yet affable, telltale shadows of Unrest. Although there may be hermeneutical observations in the territory of Rock In Opposition and its subsequent delineations of genre, in no way can the product be considered offal, by any stretch. Continuously engaging, their resuscitation is excellently effectual, bringing in a strong string of ideas in sound dynamics to interlope freely. Shining have made a tremendous success with this, the sort of venture that feeds the mind with neglected nutrients. Wipe your feet on something other than a rhythm rug and say hello to a new generation of crafty art-rockers. Also, having one of the keenest album titles in the history of our advanced stages in naming conventions is too apropos.