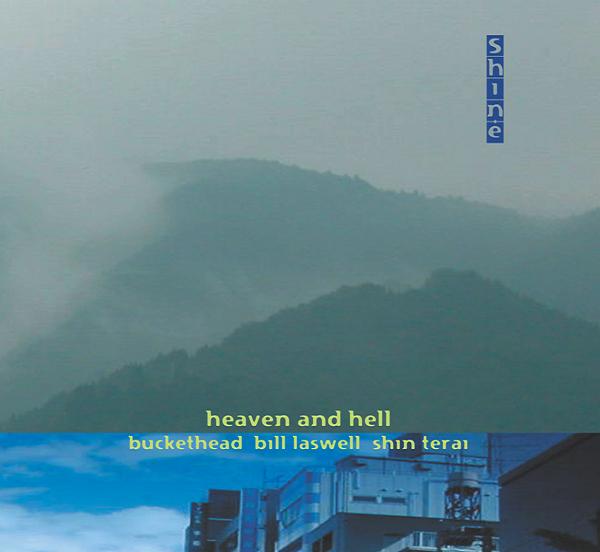 Given the list of participants in this recording (Buckethead, Bill Laswell, and Shin Terai with Nicky Skopelitis, Bernie Worrell and Robert Musso), several possibilities come to mind. It could be a funky shred-fest, or a chaotic noise-fest, or even an atmospheric dub-fest. The latter is closest to the truth. The seven movements, titled “Movements 1-7,” run together, with Frippertronic-like washes of keyboard (or whatever) notes fading in and out. A programmed drum part often gives the music a mid-tempo groove with hi-hat, rim shots, and a steady thump. Rather simple lines on fretless bass provide both rhythmic and melodic interest, with the higher frequencies equalized out for a deeper tone. A heavily-effected guitar comes and goes with single-note riffs, echoing like the treated backing parts in deep Jamaican dub. From time to time, Buckethead breaks out with a slowly developing solo, a pleasant change from his standard over-the-top hammer-on noodling. There are also episodes of sound effects where mysterious noises of uncertain origin swoop in and out of focus. These elements are combined and recombined in various ways throughout the course of the CD, shifting the mood subtly but never really approaching great intensity – this is more late-late night chill music, when you’re too tired for thrashing and still too awake for ambient. The whole thing sounds like the players recorded a twenty-minute jam in a multitrack studio, then took the parts and reassembled them into the finished product. Laswell is credited with “reconstruction” so maybe that’s not far off.