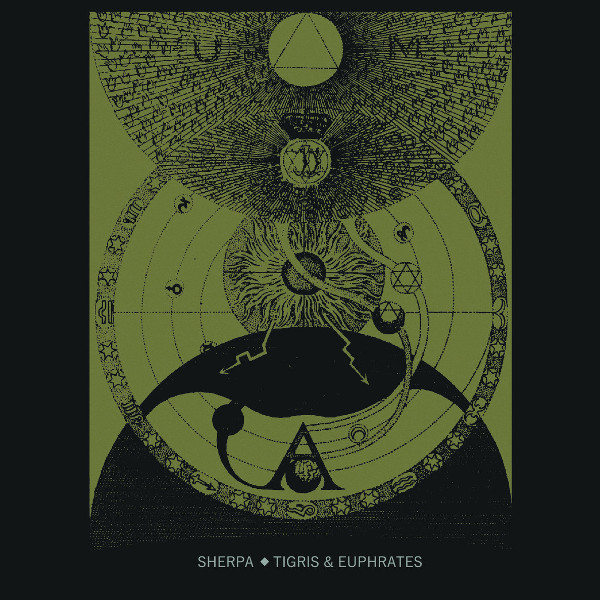 The Tigris - Euphrates river system consists of two roughly parallel rivers flowing through Iraq, and known as one of the cradles of civilization. Eden is supposed to have been located in this area as well as the city Ur where Abraham was born. For their long-awaited sophomore release, Italian group Sherpa has chosen this region as the concept for their album. The six tracks convey an evolution of humanity and language through the ages, plus how language has deeply altered the relationships between people. This is a dark and soporific album and at the same time imparting a hopeful message. There are elements of Manual Göttsching’s groundbreaking Inventions for Electric Guitar, as well as occasional forays into Godspeed You! Black Emperor territory. These hypnotic pieces gently cradle you as Sherpa unfolds their dreamy and somnambulant musical tapestry. Over the course of 42 minutes, Sherpa presents “Kim (((0))),” “Creatures of Ur,” “Equiseto,” “Abscent to the Mother Language,” “Overwhelmed (Def Version),” and “Descent of Inanna to the Underworld.” Even though the song titles are in English, there are a few words I’ve never encountered before, such as equiseto, abscent, and Inanna. Searching for a meaning equiseto could be a plant or horse tail; abscent looks a misspelling of absent or ascent; and Inanna is the ancient Mesopotamian goddess of love, beauty, and sex who eventually morphed into Ishtar. Regardless, the music is wonderful, especially with Eroc mastering the disc.