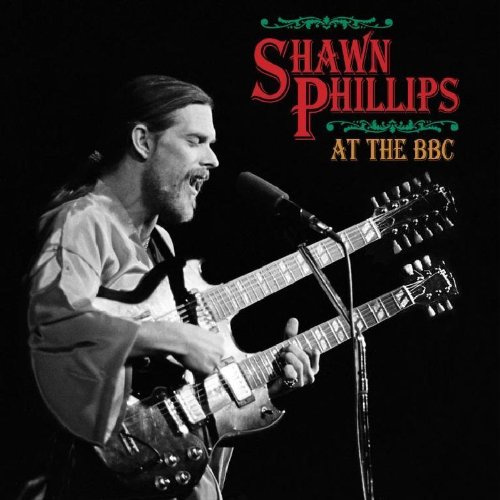 Back in the early to mid 70s Shawn Phillips was in the heyday of his career. This CD presents three different BBC radio sessions (May 10, 1971, March 7, 1973, and October 1, 1974) from this fine Texan, remastered by Ron Geesin. Having relocated to England in the 60s, Shawn played an important role in the music scene by writing and recording with the likes of Donovan, Eric Clapton, Steve Winwood, Jim Capaldi, Chris Wood, and Bernie Taupin to name a few. These BBC sessions present a cross section of Shawn’s material. The 1971 set is a solo acoustic performance of “Hey Miss Lonely,” “Spring Wind,” “Salty Tears,” “Withered Roses,” and an excellent version of “L’Ballade.” The 1973 set is Shawn, Peter Robinson, Tony Walmsley, and Barry da Souza performing “Spaceman,” “Not Quite Nonsense,” “Anello (Where Are You),” “I Took a Walk,” and “Dream Queen.” And the final set is a more jazz rock oriented with Shawn, Peter Robinson, Jon Gustafson, and Barry da Souza playing “See You Please/Planscape,” “92 Years,” “Talking in the Garden/Furthermore,” and “January 1st.” Current fans will welcome this excellent collection of live performances and newbies will find this CD as an excellent place to start exploring his music and appreciate the versatility of his multi-octave voice and intelligent lyrics. As his many of his albums are out of print, At the BBC is also a great opportunity to obtain some of his songs that are no longer available.