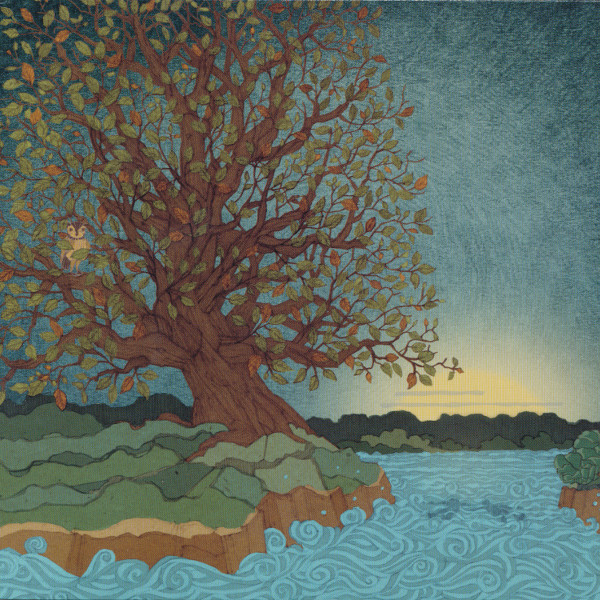 Here’s a gem from a couple years ago that managed to slip through the cracks. Shawn Persinger’s name is well known in certain circles involving progressive rock, going back to his days in the band Boud Deun. This solo album from 2017 presents 13 tracks mostly centered around acoustic guitars. These pieces are wonderfully free of genre or stylistic standards, not resembling jazz, folk, or classical guitar pieces. There are usually at least two parts, often involving 12-strings, and there’s often a bass in the mix. I’m occasionally reminded obliquely of the duo albums by Larry Coryell and Philip Catherine, and a bit of Ralph Towner, but they’re infused with a bit of the wide-ranging penchant for tricky rhythms found in RIO bands like French TV (which Persinger is involved with). The first 12 tracks all have titles referring to their numerical sequence: “One Zero: Periodic Orbits from Chaos to Order and Back,” “Two Is the First Sophie Germain Prime,” “Three Hundred Years of a Hypothetical Moon,” “Four Letters in the Number Four,” and so on. All are relatively short, with only one breaking the three minute mark, for a total a bit over 22 minutes. Every single track is fascinating in its own way, whether delving into moody dissonance (kept from being grating by the clean tones of the acoustic guitars) or off-kilter call and response of fragments tossed between the parts or oddball rhythmic changeups. “Midnight” has an ominous unison riff played on bass and acoustic guitar backing an angular on another guitar, and sounds like a scaled-back interpretation of a killer avant-rock tune. All in all, this brief set is a delight that should appeal to anyone who loves the sound of acoustic guitars and wants to hear some acoustic music that doesn’t fit into any standard molds. It’s not exactly new, but it’s too good to ignore.

Don't Actually Try This at Heathrow