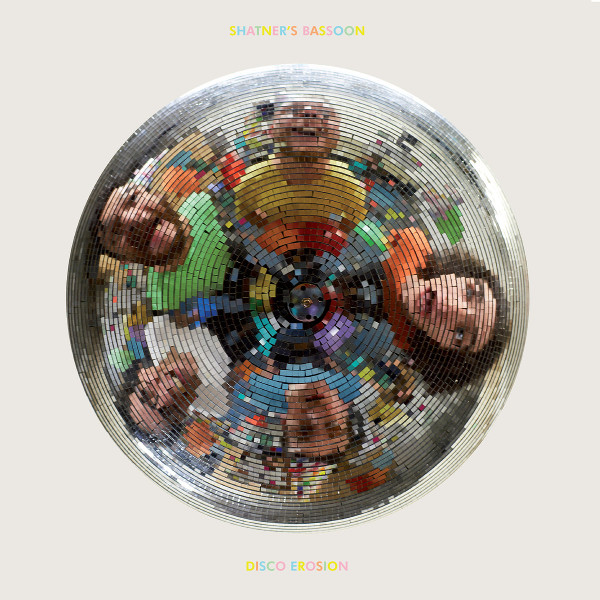 You can sometimes tell everything you need to know from a band’s name. Any group that would call itself Shatner’s Bassoon is obviously a grimly serious death metal act obsessed with dark occultism and spicy foods. Or not. This quintet is based in Leeds, and while their sound is their own, they do fit in with a cohort of other bands operating in the same general stylistic area: WorldService Project, Free Nelson Mandoomjazz, Raoul Björkenheim’s Ecstasy, and a few more, who bring jazz and rock together in a way that is not like fusion. They’re not afraid to get noisy, they incorporate electronics and effects into their sounds, and they are much more improvisational than tightly composed. In the case of Shatner’s Bassoon, the lineup features bass (Mick Bardon), drums (Joost Hendrickx), keyboards (Johnny Richards), guitar (Craig Scott), and sax (Oliver Dover), and all of them are exceptional players. While there are many sections of free improvisation (with and without a tempo), there are also some sections of off-kilter group arrangement and irregular rhythm that should appeal to fans of avant-garde music of various stripes. They are also prone to going off in unexpected directions in their arrangements. Unpredictable is the watchword. Richards most often gravitates to electric piano sounds, usually distorted, though you’ll get the occasional organ or other flavor. Scott is often very wild on the guitar, and not in a precise, shredding sort of way. Dover jumps back and forth between melodic soaring and crazy screeches, keeping the music’s edge sharp. Bardon will sometimes groove on the low end, but will also venture into fuzz and other effects. Hendrickx somehow holds all of the madness together, hitting bizarre cues and changing style drastically from section to section. The four tracks on Disco Erosion comprise 40 minutes of unfettered creative insanity that I’m going to be revisiting often.

Edward Ka-Spel - Dream Logik Part One – EKS has a new solo album and it is probably more out there than Melancholics Anonymous. It is always a treat to hear a new EKS release. Sometimes the new music is like visiting with an old friend and...  (2008) » Read more