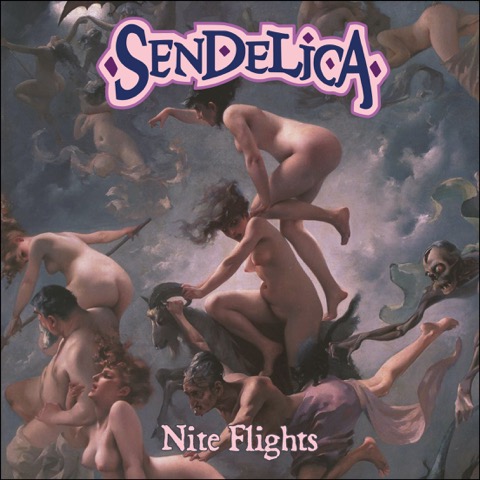 Welsh spacerockers Sendelica greet you this Christmas season with a cover of Scott Walker’s (The Walker Brothers) “Nite Flights” from 1978. On the original song you get an appreciation for how much he influenced David Bowie. However Sendelica takes this song and blows the roof off with their psychedelic wall of sound and high energy to create something entirely different and quite enjoyable. The A side is their cover clocking in at 5:49. And on the flip side is Astralasia’s tabla mix of “Nite Flights” (6:47), which takes the song in another completely different direction. You would not even know that this is the same song. Astralasia add saxophone to the mix making me think of Jerry Rafferty. This is a great release and worthy of Fruits de Mer. Look for it on December 12, 2016.