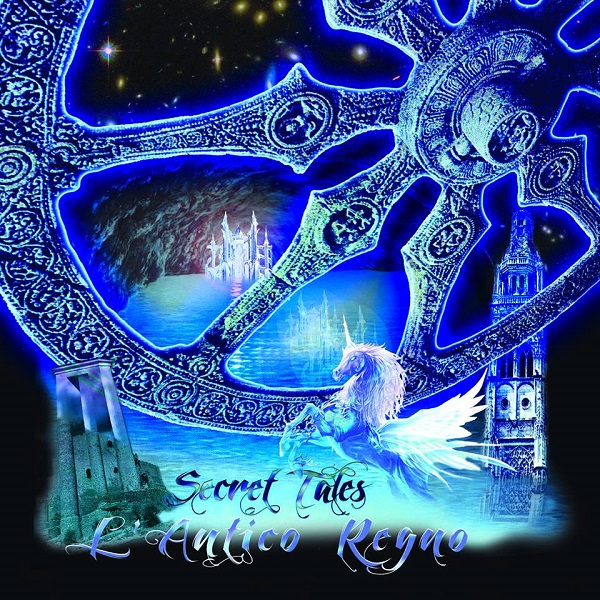 The first thing that you notice about this CD is the artwork with its mixture of a unicorn, mystical stone wheel, night sky, and a dark brooding ice castle. It is a bit whimsical, but it does set the stage for Secret Tales’ debut release of medieval fantasy progressive rock. Primarily in Italian, the 13 songs are a mixture of instrumentals and songs with titles like “The Minstrel,” “The Jester,” “Song of the Siren,” “The Lucent Unicorn,” and the title track “The Ancient Kingdom.” Running throughout the songs is a dark and sinister ambiance. A nice touch is “Princess” Tiziana Radis’ beautiful and soft dreamy voice, who also wrote all of the music. The music runs the gamut from symphonic Italian prog with majestic guitar work to Gothic progressive rock with eerie vocals to Elizabethan madrigals featuring flutes, lutes, and other ancient instruments. Lyrics are in Italian, French, and English, depending upon the song. L’Antico Regno is quite a charming set of music despite its mysterious themes and an impressive initial outing for this Italian band. I expect to hear more good music in the future from this trio of Tiziana (vocals, background vocals, guitar, lute, archlute, bodhran, and percussion), Roby Tav (keyboards and arrangements), and Giancarlo “Zepi” Gabbanella (Guitars and bass).