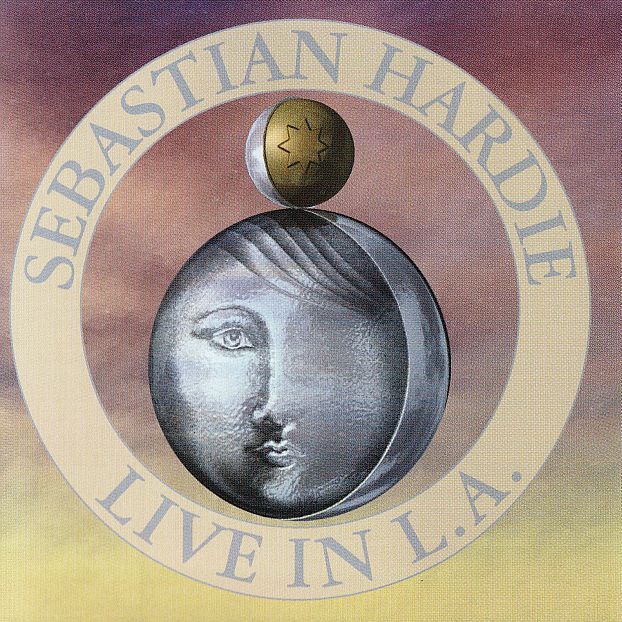 Live in L.A. is taken from part of Sebastian Hardie's headlining Progfest 1994 set, and represents their first, and only, show since their previous "final performance" in Melbourne way back in 1976. The track listing for this release is slightly strange since it is essentially a live version of the entire Four Moments album with a guitar solo and the last four minutes of the song "Windchase." Considering they played about a two-hour show that night, it's interesting that the set list for this CD isn't more varied. Maybe technical reasons played a part? Speaking of those, listening to the first couple of tracks, the familiar feedback that plagued the early part of their show that night is present on this CD too. Millo looked like he could just kill the monitor guy that evening... The overall performance? Thumb sideways. It's fairly representative of what my impressions were from being at the gig. Parts are good and parts are so-so. The only previously unavailable track, "Millo's Bizarre Bizet" is an unaccompanied guitar solo that is pretty cool. For the most part, the live versions of the songs presented here closely resemble the studio versions. While that's fine if you're at the show, it doesn't necessarily make for several repeated listens – especially since it wasn't a stellar show. On the plus note, the sound quality, forgetting some of that annoying feedback which isn't their fault, is actually really good. Fans of the band will surely want to get this CD, but newcomers interested in checking out Sebastian Hardie would be better off buying the reissued Four Moments.