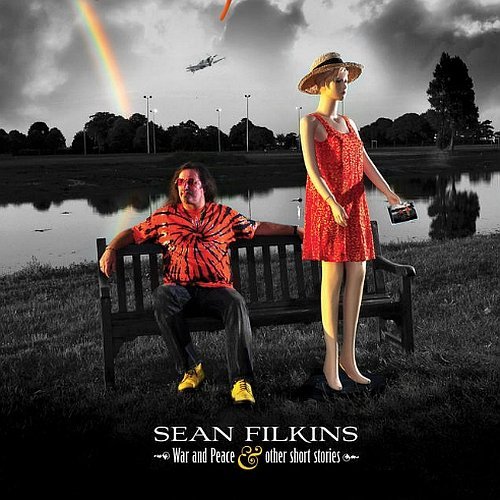 Singer/songwriter Sean Filkins may best be known as the ex-vocalist in Big Big Train, though he’s been kicking around the British prog scene for years, having also held jobs in the groups Indigo Pilots and Lorien, and most recently providing vocals to guitarist Lee Abraham’s Black and White. For his debut solo release he’s called in favors from his network of connections, including Dave Meros and Gary Chandler, though the core of the instrumental team also includes Abraham, Gerald Mulligan on drums, and John Sammes on keyboards. Filkins (whose clear but thin singing style reminds me of IQ’s Paul Menel) and his cohort of collaborators acquit themselves admirably, and Rob Aubrey gives it all the sort of beefy, neo-prog production job he’s built a reputation on. Other than a sort of autobiographical worldview there’s no overarching conceptual theme tying the songs together, which encompass the kinetic prog rock of “The English Eccentric,” the acoustic pop rock of “Prisoner of Conscience Pt1,” and the pseudo-Indian meditations of “Learn How to Learn.” There are places where the material wanders, sounding like Filkins had more lyrics than the music could fit so he just stretched the arrangements rather than editing the text. But everything gels on the multi-faceted epic “Epitaph for a Mariner,” covering a gamut of styles and moods but always with a sense of conviction and focus. Other than the occasional misfires, the album displays a commendable maturity and clarity, and should appeal to fans of modern neo-prog.