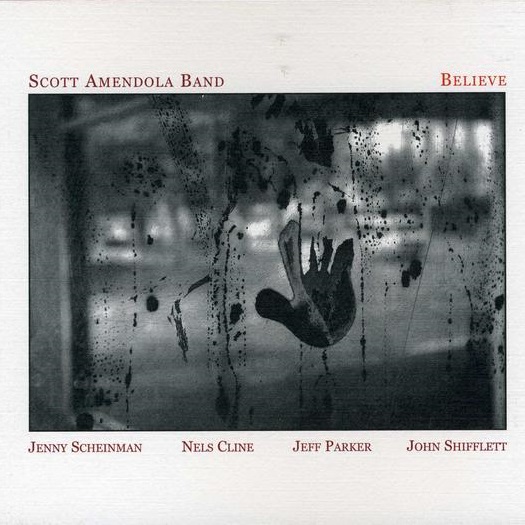 For those not in the know, Scott Amendola has been pounding the skins in the experimental music realm for several years. In his many travels the time keeper has met a few kindred spirits along the way resulting in inevitably this collection of nine new pieces from the band leader and composer. Tortoise guitarist Jeff Parker’s compressed fuzz tone adds a sentimental fusiony aspect to many of the tracks while Nels Cline occupies the left hand channel delivering many an inspired double whammy. Violinist Jenny Scheinman (who also plays with Bill Frisell and Charming Hostess) contributes to “If Only One” as one of the truly substantial performances on the disc. Her role is much like the best of Jerry Goodman’s playing on the first Mahavishnu Orchestra recording, The Inner Mounting Flame. There are many other standout collaborations on the disc as well. “Buffalo Bird Woman” is figuratively the horse that upset the apple cart with tremoloed guitar in the right channel offsetting a noticeably straight rocking shuffle that works in tandem. As country rock this does indeed match Neil Young’s acoustic roots intensity. Cline’s slide guitar is also quite appropriate too on the piece. Alternately “Smarty Pants” ventures into more traditional jazz territory with Scheinman and Parker doing a bit of Reinhardt/Grapelli dueting that features a tasty lead solo from Parker as well. Overall it’s hard not to get excited when super groups get together and have some fun creating a pastiche of styles that is hybrid heaven.