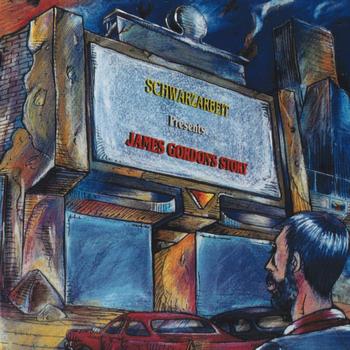 An entirely instrumental concept album about a burned out musician who spends his life indoors in boredom, and eventually works through it all with a fresh approach to his music. Not a very elaborate concept, but it does indeed represent the flow of the music on this brand new album by this German band that hasn't been heard from since the late 70s. The band is a four piece (guitar/keys/bass/drums) and the basic sound here is very melodic and lush, with some guitar pyrotechnics and other diversions - perhaps comparable to Camel at times. The compositions are not difficult, speedy, or particularly complex - and for some listeners who demand a high degree of complexity in the music, this may be a minus - but its strength lies more in melodics and generally tasty arrangements that tend to make for excellent listening that is at once progressive, visionary and satisfying on many levels. The album opens with "Non-Stop Movies," a funky bottom-heavy track with a simple guitar line and some pyrotechnic outbursts of Hackett-esque lead with symphonic keys backing. Two more tracks are a bit more low key, primarily keyboard driven, and musically relate a long period of depression in Gordon's life. The album changes gears at track four: "A Summer Holiday Film" is a two-part acoustic guitar based adventure with light keyboards backing, with a simple yet embracing melody line - like a children's song - reminiscent of Anthony Phillips or even Leo Kottke. With "The Change of an Internal Idea" things really start moving, with a more powerful approach, representing Gordon's soul-searching. "The Outburst" is a bit more accessible, with its very repetitive beat and few breaks, yet in this writer's mind is probably the weakest track on the album overall. One more acoustic guitar based track ("The Silent Fields After") leads in to "The Finale," a slow building wall of keys and searing guitar leads that may remind of Meddle period Floyd. Three bonus tracks are included, two solo based pieces and a very strange, heavily distorted guitar track. In all, a good album that most should enjoy.