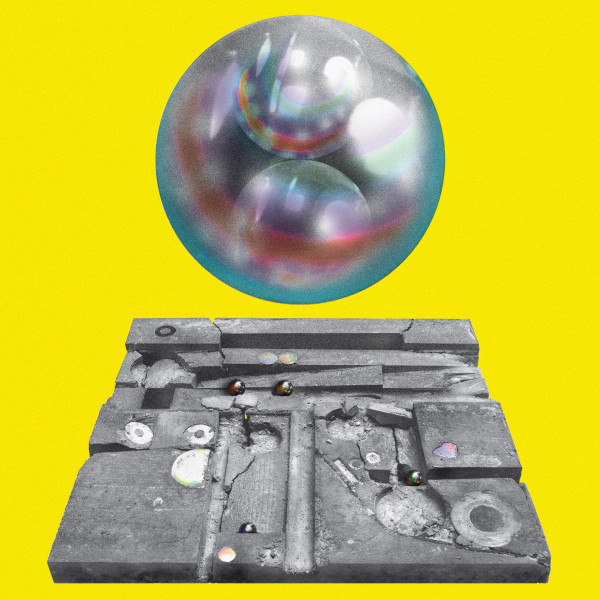 Schnellertollermeier is the Swiss trio of guitarist Andi Schnellmann, bassist Manuel Troller, and drummer David Meier, and if one concatenates their three surnames, you (almost) get the band name; likewise if one takes a look at the band’s official website, it’s pretty clear that 5 is actually the band’s fourth album, not their fifth, and the third released on the Cuneiform label — unless there’s a previous album that hasn’t been released yet, something like the Residents’ Not Available was for many years — but let’s not get bogged down in details and get on with the music at hand. One might describe what’s going down across the seven tracks as a form of minimalist jazz-rock, sometimes flirting with experimental, other times the work of a controlled power groove going full bore into near mayhem, but always pulling the listener into their world as a willing participant. Their music is often angular and filled with stunning rhythmic elements, not content with the standard functions of bass, guitar, and drums, at times the trio exists as one extended rhythm section, each player adding to the power groove that finds its way into the fabric of their sound, at other times seemingly operating in floating ambient and textural territory. The first two cuts that occupy the greater part of the album’s first side — the nine minute “209 Aphelion” and its follow-on “Before and After” at eleven minutes — offer a powerful pounding groove, exemplary of the unique sound that STM bring to the table; the much shorter “Tectonics / A Sore Point” offers a sharp contrast to the first two, a highly elastic piece of growling ambient beauty. The curiously titled “A.o.E.i.n.E.o.A.” starts off like an extension of the end of the first side, but quickly gets into experimental territory where the listener can’t be completely sure of what they are hearing, but it’s a gentle ride nonetheless. “Velvet Sun” launches on a percussive groove — all three players creating these tight snappy grooves for an extended period until the piece takes shape around the four minute mark, and then winds its way to the six minute conclusion. Following a similar trajectory, “Animate Become” rolls forward at a slightly different pace, yet all players are involved in the percussive action. Shifting back to a more textural evolutionary sound, “Made of Thin” closes the album in a dreamy Steve Tibbetts sort of vibe. 5 is a powerful statement that should please fans of challenging instrumental music that defies categorization.