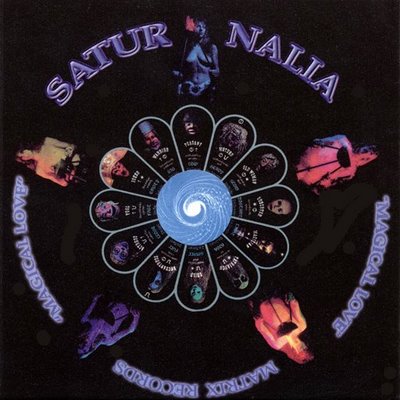 This particular obscurity in Akarma’s campaign to rescue lost or legendary albums is an odd beast. The overall impression is much like the first incarnation of Renaissance with less appealing vocals and weaker songwriting. The presence of Keith Relf as producer strengthens the connection, as does the rather odd mention in the credits of the fact that their road staff used to work for Renaissance, as if they knew their own music was not enough to attract listeners. Lead vocal duties are shared by Adrian Hawkins and Aletta, and unfortunately neither is a strong singer, though they’re obviously trying. Hawkins has a bluesy tinge to his voice, but struggles so much to hit notes that the strain is apparent; Aletta tries for the powerful rock goddess sound, but has neither the pitch nor the style to pull it off. But the two are credited as writer or co-writer on all the tracks, so I suppose they weren’t expendable. The other co-writer is guitarist Rod Roach, and his playing is the album’s saving grace, lending a strong and distinctive tone to the instrumental passages. The overall style comes off as post-psych and proto-prog, with some sophistication to the arrangements. The packaging is lovely, however, with a colorful gatefold and a 28-page booklet full of elaborate astrological lore, making this worthwhile for collectors at least, if not listeners.