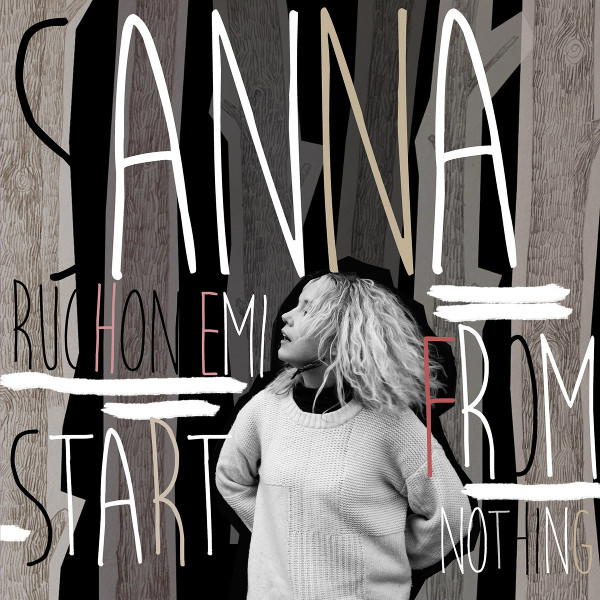 When it comes down to basics, the human voice can be considered as simply one of the instruments available in music, though it obviously occupies a special place, requiring nothing outside of the performer’s own body. But there is a big divide between purely instrumental music and music with vocals, especially when there are words attached. Like many jazz listeners I know, I have a marked preference toward instrumental jazz — while I admire several jazz singers, they are to me a sideline, not what I think of when I think of jazz. I’ll admit that’s a bit unfair, as there are definitely singers who have contributed to the art form, but I maintain that there’s a lot of really terrible music out there masquerading as “vocal jazz.” Finnish singer Sanna Ruohoniemi does not make that kind of music. She leads a group of five other musicians who are not simply support for her singing — this is a situation where the voice is part of the ensemble, certainly the most common lead part, but also taking a supporting role at times, and working as an equal in the ensemble. You can compare the music to Pixel, though Ruohoniemi is less pop-oriented. Her cohorts are Erik Tengholm (trumpet), David Bennet (alto sax), Joona Toivanen (piano), Arvid Jullander (bass), and Simon Andesson (drums), all of whom are Swedes except Toivanen. All acquit themselves admirably in Ruohoniemi’s varied compositions, whether it’s the sparse, moody atmosphere of “Day of Thirst” or the bouncy gait of “Bakom Fasaden” or the many shades in between. Often the vocals are wordless, but several tunes are in English, and Swedish and Finnish are also represented. Start from Nothing is quite an enjoyable excursion in modern jazz that presents contemporary takes on the style without venturing into electronics, rock, or other outside influences.