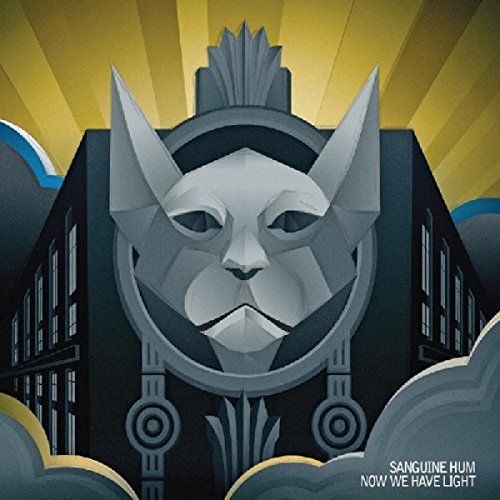 In the years since its genesis (ahem!) in the 80s, the term “neo-prog” has taken on a meaning that’s pretty highly codified, with a style adapting some of the qualities of previous progressive rock for the somewhat simpler tastes of the 80s – basically adapting the more pop-friendly elements of prog within a framework developed by New Wave. Of course, Neo-Prog has nearly as many detractors as it has fans, and has since its beginnings, and (to be fair) many of the bands that started out as derivative Neo-Prog went on to develop more original styles of their own. By the early part of the 21st Century, there’s even a new generation of bands inspired as much by 80s Neo-Prog as they are by 70s Classic Prog. Sanguine Hum does not sound like one of those bands. From the get-go their sound seems of a stream apart. Listening to the music, it’s clearly got progressive flavors, with complex compositions, instrumental parts that go far beyond playing chords to back up a vocal part, and lots of vintage keyboard sounds. But there’s also not much in the way of references to Yes or Genesis. It’s interesting how even the use of a Mellotron, as on “End of the Line,” doesn’t make them sound symphonic in any conventional way. Another notable factor is that, unlike most current progressive bands, there’s not even a whiff of metal influence. Some comparable artists that come to mind are Happy the Man, Mike Keneally’s Beer for Dolphins, Modest Midget, and Echolyn. In addition to being a welcome change from today’s crop of Porcupine Tree and Dream Theater sound-alikes, Sanguine Hum is just downright fun to listen to. Definitely something to check out if you’re not listening to them already.

Happy Family - Happy Family – Happy Family recently created a stir in the prog world without ever releasing an album. They are one of those rare few who received a great deal of hype, not by record dealers, but rather by fans. At...  (1995) » Read more