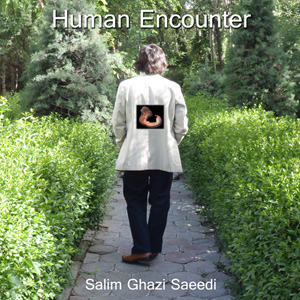 When you think of Iran, all kinds of thoughts and images related to current events may be conjured up, but not progressive music. Apparently there is a small musical community there, as evidenced by these two recent releases by Iranian guitarist and multi-instrumentalist Salim Ghazi Saeedi. To tell you the truth, I did not know what to expect when I received these two discs to review. But I was not prepared for the sounds I heard coming out of my speakers. Each disc is a unique suite of intelligent, superbly orchestrated, and well-executed instrumentals. Iconophobic is Salim's fourth release and is neo-classical. There are lots of strings, electric guitars, synths, and minimal piano. Salim is an excellent guitarist and you can easily detect influences of Fripp and others. There are 13 songs on Iconophobic, each about three minutes in length, that tend to form one long suite. In contrast, Human Encounter contains 12 songs of similar length, but this time the music is progressive jazz. There are similarities between the two in Salim's minimal use of piano arrangements. Sometimes the music is aggressive, but mostly it is contemplative. There is a subtle middle-eastern influence that permeates his compositions, but for the most part you would be hard pressed to identify its origins. Overall these are two quite listenable and enjoyable discs that will appeal to most of the readership.