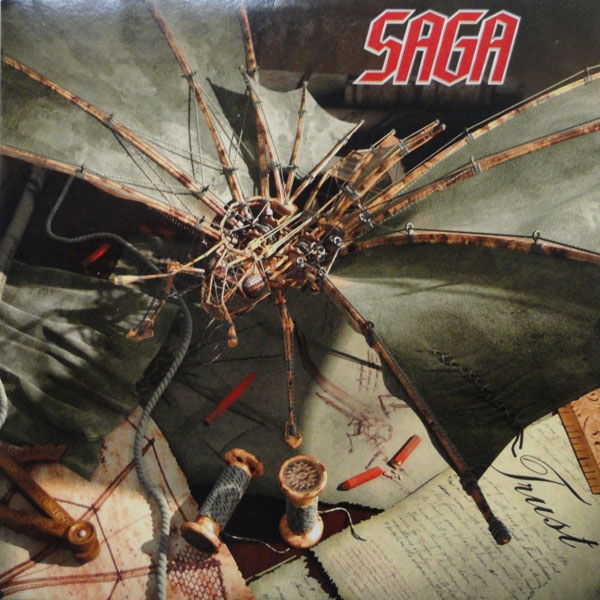 Trust is the follow-up to 2005’s Network album and finds Saga performing with their third drummer in as many albums. This time around Brian Doerner from Helix is filling the drum chair. He does a fine job, but the music definitely sounds different without Steve Negus’ drums. Saga has made a 30-year career out of staying roughly within the standard rock verse / chorus / solo / bridge song format, yet adding just enough surprises and twists to keep the music interesting. “Back to the Shadows” is a track that contains most all the trademark elements that define Saga. It ranks up there with the best Saga material from the early 80s Heads or Tales era with cool harmony keyboard / guitar melody lines, crisp staccato guitar riffs, and syncopated rhythms spread across different instruments. Several tracks like “I’m OK” and “On the Other Side” feature fat layered vocal parts. The title track has some interesting chord changes in the chorus section and the keyboard / guitar solo section is reminiscent of their first album. “You Were Right” contains more syncopated rhythms and yet another classic 70s Saga sounding instrumental break, while “That’s As Far As I’ll Go” and “It’s Your Life” have a modern rock influenced sound. “Footsteps in the Hall” is a quirky composition that contains some blazing unison keyboard / guitar playing. The album’s closer “On the Other Side” starts with a folk music intro that develops into a synth bass led anthem. Trust contains a mix of old and new styles that fans will appreciate.