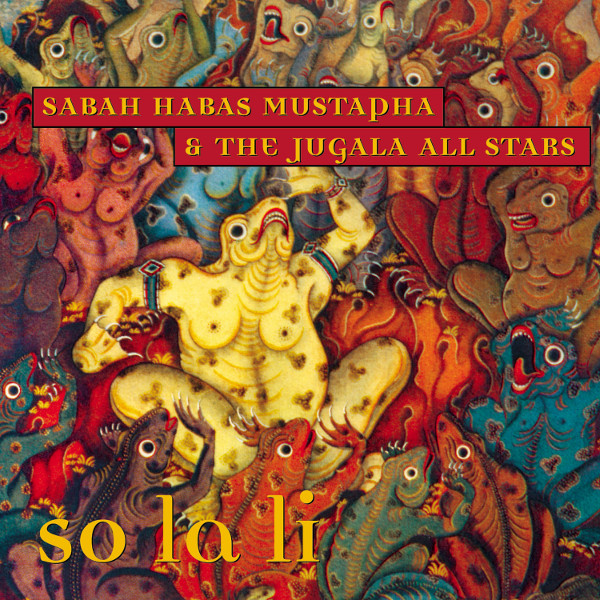 Most progressive rock fans know him as Colin Bass, bassist for Camel since the late 70s, but in Indonesia he is Sabah Habas Mustapha, the youngest brother of the famous 3Mustaphas3, an incredibly popular trad/pop group that called it a day some time ago, yet Sabah Habas forges on, having a number of releases and enjoying ongoing success there. While his previous release, Jalan Kopo, was essentially a slickly produced pop album with drum machines and such, this latest effort is far more enjoyable, taking a bolder step into the traditional Sundanese folk direction, the Jugala All Stars being his six-piece band from Bandung playing suling (wooden flute), violin, hand drums, and kacapi (traditional zither), and featuring the warm and seductive voice of Tati Ani Mogiono. And of course Mustapha contributes bass, vocals, guitar, and percussion. All of the pieces here are based to some degree on traditional pieces arranged for the band, and to their credit you don’t find any of those modern technical trappings like drum machines and synth pulses that screwed up the previous album, in fact this group has two dedicated percussionists, plus a guest kit drummer on some of the tracks. How much one will enjoy this is based solely on their capacity to enjoy the traditional music of west Java. This writer does.

Tóth Bagi Band - Kell, Hogy Hazudj & Another Blues World – Now appearing in the Lounge at the Budapest Holiday Inn: the Tóth Bagi Band, performing a selection of blues standards and originals in a dance-floor-ready style, sure to please locals and visitors...  (2003) » Read more