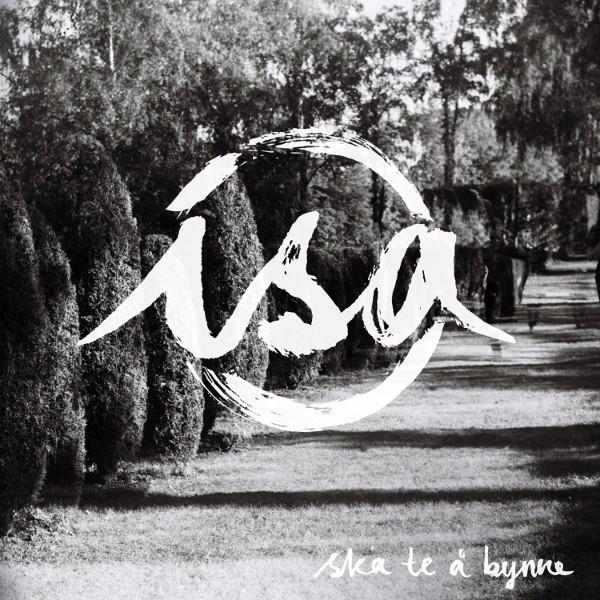 ísa is a young Norwegian band of former students from a jazz course at The Norwegian Academy of Music in Oslo. In April 2017 they released their debut album Våren, om lenge. This past November they released their second album, Ska te å bynne. On this album, the band members are Stian Unhjem (guitars, vocals), Magnus Falkenberg (bass, backing vocals), Magnus Sefaniassen Eide (drums, backing vocals), plus guest musicians Vegard Sandbukt (trumpet), Lauritz Lyster Skeidsvoll (tenor saxophone), Nils Andreas Granseth (trombone), Tina Lægreid Olsen (baritone saxophone), Martin Sandvik Gjerde (Fender Rhodes), Ingvild Th. Kristiansen (backing vocals), Thea Emilie Wang (backing vocals), Siri Byrkjedal (backing vocals), and Aleksander Waaktaar (backing vocals). ísa characterizes their music as somewhere between Post Rock, Jazz Rock, Ambient, and Indie music. I would instead call it pleasant and delightful music that flirts with jazz fusion, 70s pop rock, and minimal introspective music. The first three tracks “Intro,” “Våren,” and “Om lenge” segue from one to the next. And not being familiar with their debut album, I am guessing these three may be a reprise. “Intro” is a slow crescendo of reversed guitar chords that leads into “Våren,” a bucolic instrumental with doubled melodic slide guitar lines that brought to mind The Allman Brothers. And “Om lenge” creates a beautiful summer’s eve with Norwegian lyrics. These three tunes set the stage for the rest of the album. Overall Ska te å bynne is a perfect disc to put on to relax after a stressful day.

Magma - Kronicas – Not to be confused with the Kobaian ensemble led by Christian Vander, of course, this Magma was a symphonic progressive band borne out of the same Argentine music underground that produced MIA and...  (1996) » Read more