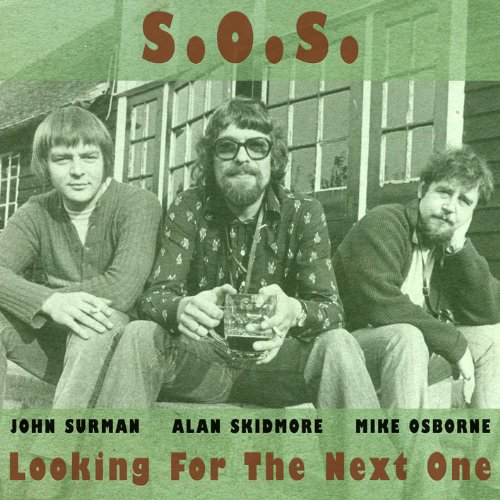 Formed in April 1974 by British jazz giants John Surman, Mike Osborne and Alan Skidmore, the unique thing about this ensemble is that all three members are primarily woodwind players. Osborne is an alto sax player, doubling on percussion; Skidmore plays tenor and soprano sax and doubles on drums; Surman plays soprano and baritone sax, bass clarinet, keyboards and synthesizer. No guitars of any kind here. Working with composed material and plenty of space for improvisation, the group made a single self-titled album on the Ogun label sometime in 1975 (reissued on CD in 2006). With Looking for the Next One, Cuneiform has released the ultimate set of supplemental material that connects many of the dots during the band's short three year existence. The first disc of this set is studio material recorded in '74, well before the LP's release, as well as some studio recordings from late '75, including several that could have been for a second album that never was to be. If you want to hear what a complete track with three saxes and no other instruments can do, "Rashied" – a track written by Rashied Ali, is exhibit A. On these 1974 tracks one can hear themes that would later find their way into the material for the studio LP, whereas on the later studio cuts from September '75, we hear the evolution of the band-composed "Country Dance" and some new directions that the trio was going, like "Q.E.Hall" and a sax arrangement of the traditional "Mountain Road," both with drummer Tony Levin sitting in. Most of the band's material is arranged for two woodwinds and one other instrument, which is usually – but not always Surman's piano or synths. The real gem here is the second disc, a 66 minute live set recorded at the Balver Hoehle jazz festival in July '74. The performance consists of two extended arrangements that contain several of the cuts that would end up on the studio record: "Country Dance," "Where’s Junior?" and "Cycle Motion" are parts of lengthy suite titled "Up There," while "Goliath" and "1st" are parts of a longer arrangement simply titled "Suite." Mastered by Mike King, there is a detailed history of the band in the booklet by Bill Shoemaker, as well as rare photos and press clips that make this set a must-have archival set for anyone interested in the British jazz scene of the 1970s.

Haystacks Balboa - Detoxified – This one came out around 1970, a one-off by a New York based band whose members weren't even listed on the LP jacket, and were never heard from again, so far as this writer knows. For some unknown...  (1999) » Read more