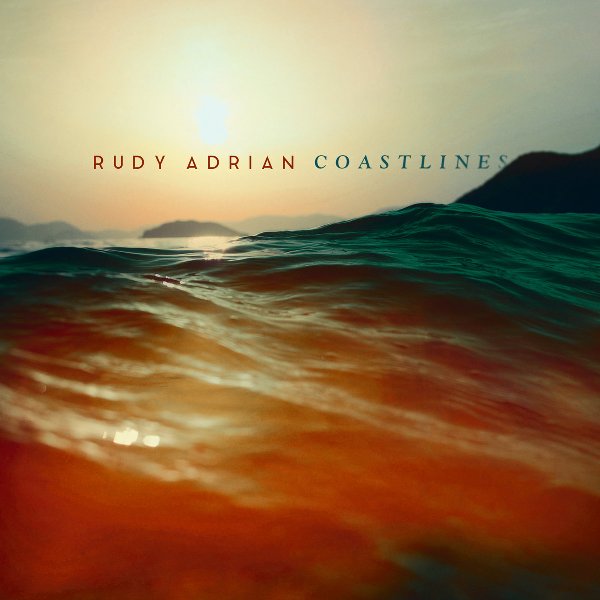 Hard to believe that Coastlines marks album #15 for New Zealand composer and synthesist Rudy Adrian, but it is in fact so, going back to his Sequencer Sketches and Atmospheric Works series, and other great albums from the early 00s. Of late he’s slowed down a bit on the pace of his releases but certainly not on their quality, and Coastlines fits in well with his previous Spotted Peccary 2014 release Atmospheres. With track titles like “Evenings on Pohara Beach,” “Message of Dolphins,” “Mists from the Sea,” and “Languid River,” the themes on the ten pieces herein seem to be channeled from his memories of beautiful coastal scenery experienced in his youth with his father. Each piece is a beautiful floating ambient vignette that sparkles with crystalline brilliance and never overstays its welcome, fading to black and making way for the next one, which generally moves in a different direction evoking a regular changing of moods. A couple pieces here, “Clouds over the Horizon” and “Theme from Subantarctica” were brought forward from his 1999 limited availability cassette release Subantarctica, which few have heard before anyway, although everything on this release is meticulously mastered by Howard Givens. Adrian plays all the synths using vintage equipment (1988 Apple Macintosh, with Mark of the Unicorn Performer, Yamaha SY77, and Kurzweil K2000 sampler) and while there are some haunting wordless vocals present on a track or two, this is by and large a purely instrumental outing, with regular guest Nick Prosser adding flute to one cut. This is a captivating set that one will want to play over and over for the peaceful and tranquil feelings it exudes.