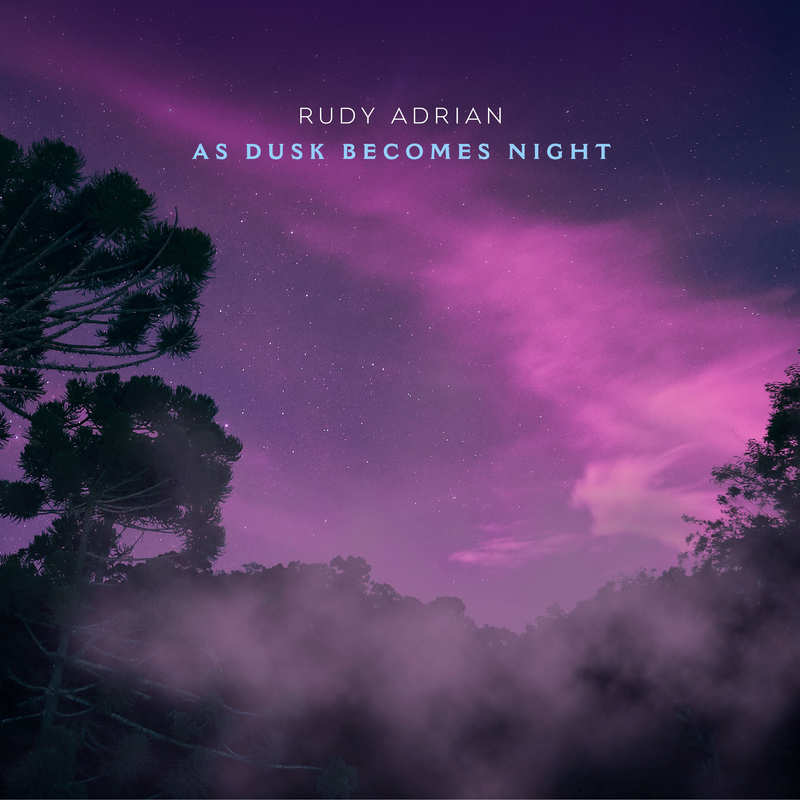 My introduction to the work of New Zealand based electronic artist Rudy Adrian was via two of his releases shortly after the turn of the century, Iridescence and Starfields, volumes 2 and 3 of his Sequencer Sketches series released on the Groove Unlimited label. Several more years passed and he ended up recording for Spotted Peccary’s Lotuspike subsidiary, then moved to SPM where he remains to this day. This is a very different place from his earlier work, and As Dusk Becomes Night might well be his best to date — though to be fair all of his albums since 2008 or so have a very personal and explorative approach that features a singular conceptual idea, and they showcase his keen appreciation of the beauty of the natural world that he finds himself in. In particular, the eleven tracks herein offer a mostly slower-moving, gentle approach that is at once mysterious, deep, and serene, with subtle shapeshifting atmospherics rolling forth amid melodic gestures of bold colors and sparkling dreamlike moments. They trace a journey from dusk through night to a sunny day that follows, presenting sonic imagery that effectively describes the tranquility of these moments as they unfold. Beginning the program with “Stars Appear,” all the sounds herein are borne of synthesizers (Yamaha SY77 and Montage 6, for the technically curious), with a lot of studio vapor,and shimmering nuance, offering some occasional percussive delicacies but never anything even remotely close to a steady beat or busy sequence. The goal was to create something peaceful and calm that would help listeners get through this extended period of isolation and lockdowns, and he has succeeded boldly. The title track follows the opener, gently pulling the listener through an introspective soundworld of power and beauty. With “Moa Caves” and its follow-on “The Crepscular Wildlife,” the mystery thickens as more unusual sounds are introduced, blended tastefully with the flow of the late night imagery. “Night Becomes Dawn” is a subtle and slow process that takes us forward to the closer “Sunny Day,” where night becomes a memory. With As Dusk Becomes Night, Adrian has created a masterful and truly inspiring sonic journey that satisfies the soul on many levels.